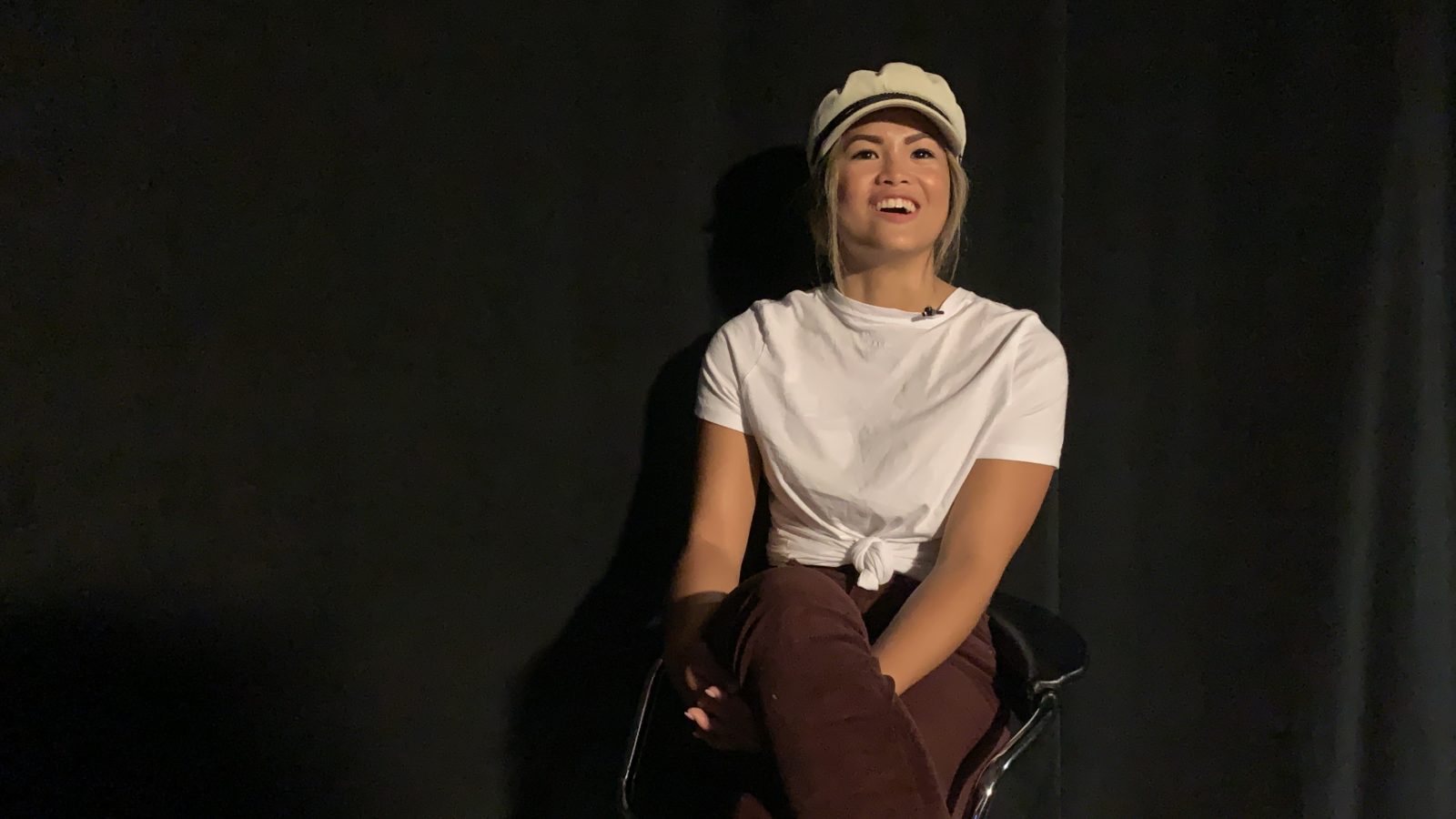 It wasn’t a far stretch to come up with a topic like Tinder. On the Cal Poly campus, it’s a heavily used app and integrates deeply into daily life. So when Brady mentioned online dating, it was an easy choice for us to make. But what would we write about? Would it be more fun to hear about a success story for a couple still going strong or about all the failed and awkward dates students have to get through? I took a look at similar and related articles to figure out what content people would want to hear about most.

We decided that we would look for people in both areas, just trying to capture what using the app looked like for the average student. It would be “fun doing a story that was so lighthearted and hearing the different experiences,” Michelle said to us. We scrambled home later, frantically texting friends and acquaintances for possible sources. Slowly, sources appeared and we made plans to record their stories at the CPTV studio. At Hannah’s suggestion, we decided that creating a dramatic black and white video would help us keep the lighthearted and humorous feel of the piece we were creating. It would be an interview-focused video, with Tinder users sitting on stools, spotlights shining down on them.

But alas, these kinds of things rarely go according to plan. With the limited filming time we had, it was hard to get interviewees to want to be on camera in a studio at a certain time, telling personal stories about their dating life. Some people slipped away, and come October 8th, we were left with our last 3 possible interviewees.

We got to the CPTV studio after class, ready to capture the sources we had managed to hold on to. We set up the lights, doing trial shots and videos in order to capture the perfect spotlight. After all, it had to be dramatic if we were going to do it right. Once everything was set, we sat, awaiting our first guest.

But then, disaster struck. A loud phone chime in the quiet of the studio alerted us that our first interviewee wouldn’t be able to make it that day due to an emergency. We started to get nervous. What if she wasn’t able to talk to us at all? There was only one more interviewee left for Tuesday, three days before the project was due. My roommate Bella arrived shortly, ready to tell us about her experiences with online dating.

“Welcome to our journalism lair!” Hannah greeted her as she looked around in surprise at the studio. We started setting up, getting her a mic and adjusting the angles of the camera. The interview started brilliantly, and we sat listening as Bella told us about the terrible first date she had downtown, where he “tried to kiss [her] and all [she] could think about was the garlic in his mouth,” and about the measures she took to make sure she was safe any time she went out with someone alone. We were glad to hear this part—we had discussed safety issues about the app, especially after seeing numerous articles about assaults and robberies bred from fake Tinder dates. We asked questions about stigma and ghosting, and laughed at her comments on peoples’ profiles.

But like in any good drama, a problem soon reared its head again. The camera stopped recording. During our video recording session, the tool to make the videos decided it didn’t want to help anymore. The solution ended up being an iPhone on top of a tripod, which actually recorded better than the camera. “I liked hearing [her] stories and sympathizing with [her] on [her] bad ones,” Serena laughed as we reflected on the process. We left the studio agreeing that a one person interview was a more interesting video than a bunch put together. Unfortunately, our interviewee didn’t want to appear in a video by herself, so we moved on to our second person. Thankfully, Gabriella ended up working out perfectly, and gave us both similar and different insights on using Tinder at Cal Poly. We had finally found our Tinderella. 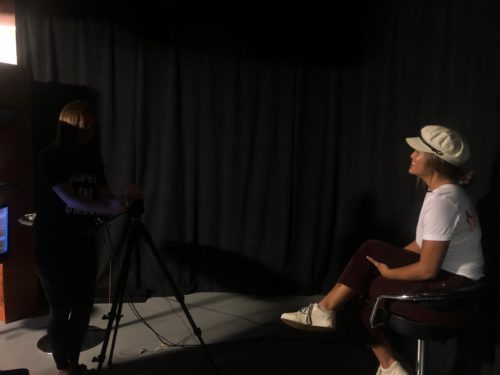 As we hurried to finish our parts of the project, we realized what an interesting experience it had been to hear real stories from people we didn’t know. Hannah stated, “I really had a good time interviewing our subjects and hearing their individual experiences and stories!” I have to agree. Hearing relatable comments and experiences throughout the interview/questioning process was engaging, and seeing how many people have the same experiences in different ways was interesting to compare. It ended up being a more humorous experience than I expected, and now I can’t wait to see what Tinder stories come up as the year goes on.