Every year the architect department at Cal Poly puts together a competition called the design village competition where Cal Poly students and students from other schools across the state compete to build shelters in which they inhabit through out the whole weekend. Each year there is a different theme and this year’s theme was synthesis. The college of architecture and environmental design describesthe objective of the theme as, “encourages designs that integrate into the natural environment “in a manner that creates a compelling sensory experience” that appeals “to one of the five senses through the integration of systems thinking, with an emphasis on sustainable design phases.”

Our team had the opportunity to shadow some of the teams competing this year and experience the process of what these students go through.

I always knew about the architecture graveyard and also the design village competition, but I never knew about everything they have to go through like carrying all their own materials up to the graveyard and having to spend the whole weekend inhabiting their design. For one of my group members Tess Rossi the whole experience of getting to shadow the team was very eye opening, “I had never been to a design village competition before, so it was really cool to see all of the projects that Cal Poly students and students from other schools made.” What I liked about this story was the fact that it was very hands on. A lot of teams were also really willing to be shadowed when we reached out to them. When we spoke with Emily Ashton White, who is a professor in the architecture department, she informed us that there would be a possibility that none of the teams we reached out to would respond, but we got a response from one of the teams just three hours later. Liam Herman was the student who reached out to us and informed us his team was willing to be shadowed. 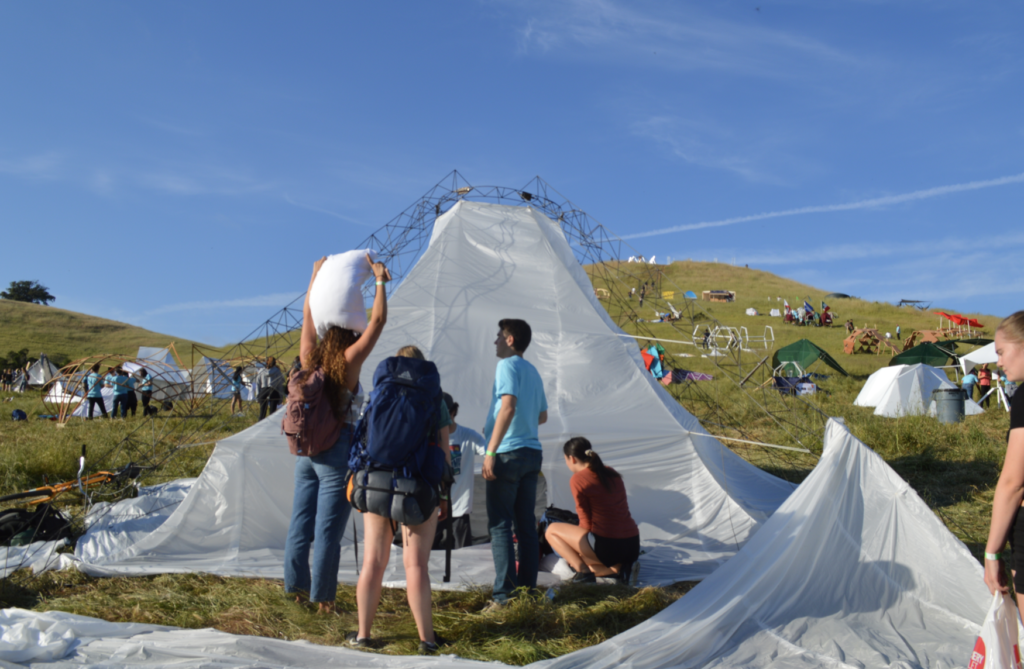 Although I was not able to attend the design village competition and shadow the team, I did a lot of research on my own. I started off with researching different articles on the mustang news archives. There was one article I found from 2014 titled, “Architecture graveyard needs serious repair and new name.” In the article I found that the dean of the architect department,  Christine Theodoropoulos, was trying to get certain structures in the architecture graveyard either removed or renovated. I thought this was very interesting because apparently most of these designs are just left in the graveyard. But sustainability is a huge part of the process and it is something they take into consideration. Architecture professor Emily White explained that most of the parts do get recycled in one way or another, “Everything you see here will have a second life either in future studio projects or then some of the projects will go to a live local music festival, and some of them will be repurposed for next year.” 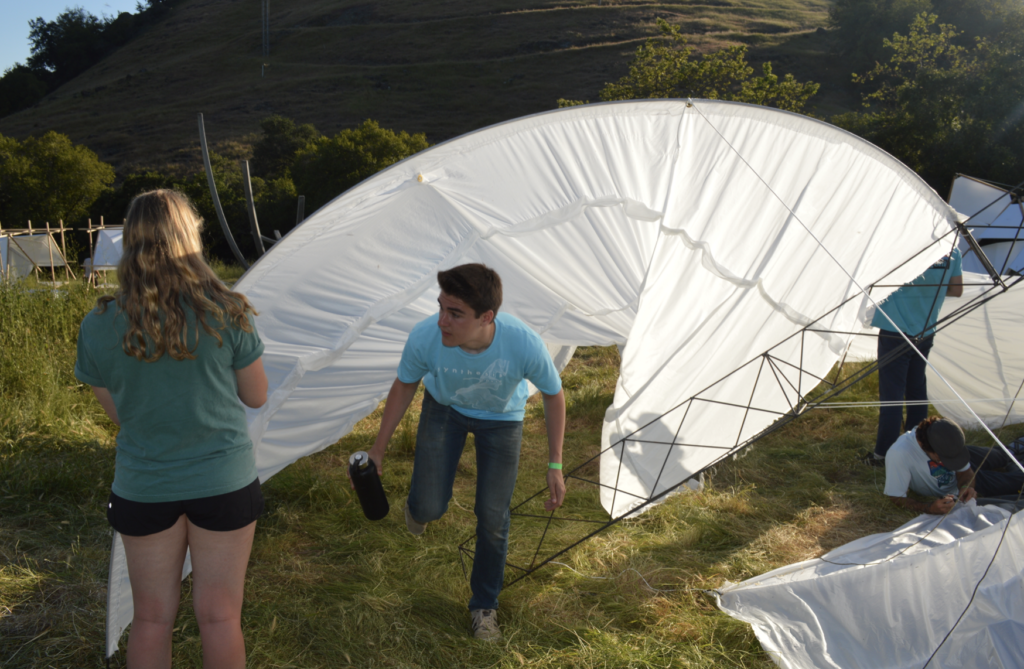 The whole reporting process for this story has been really fun especially finding out new information about the design village competition. Although I was not able to attend the actual competition my teammates did a great job in helping me get an image of what the whole experience was about. Kaitlyn Hoyer described her experience as, “It was so cool getting to see the progression the team made through the weekend.” It was really awesome speaking to people and getting to know what people were interested in learning about this. For one of the teammates, Jordan Brook, he described the competition as great team work, “It was a really good team collaboration we all contributed in every aspect. It was a lot of fun.”