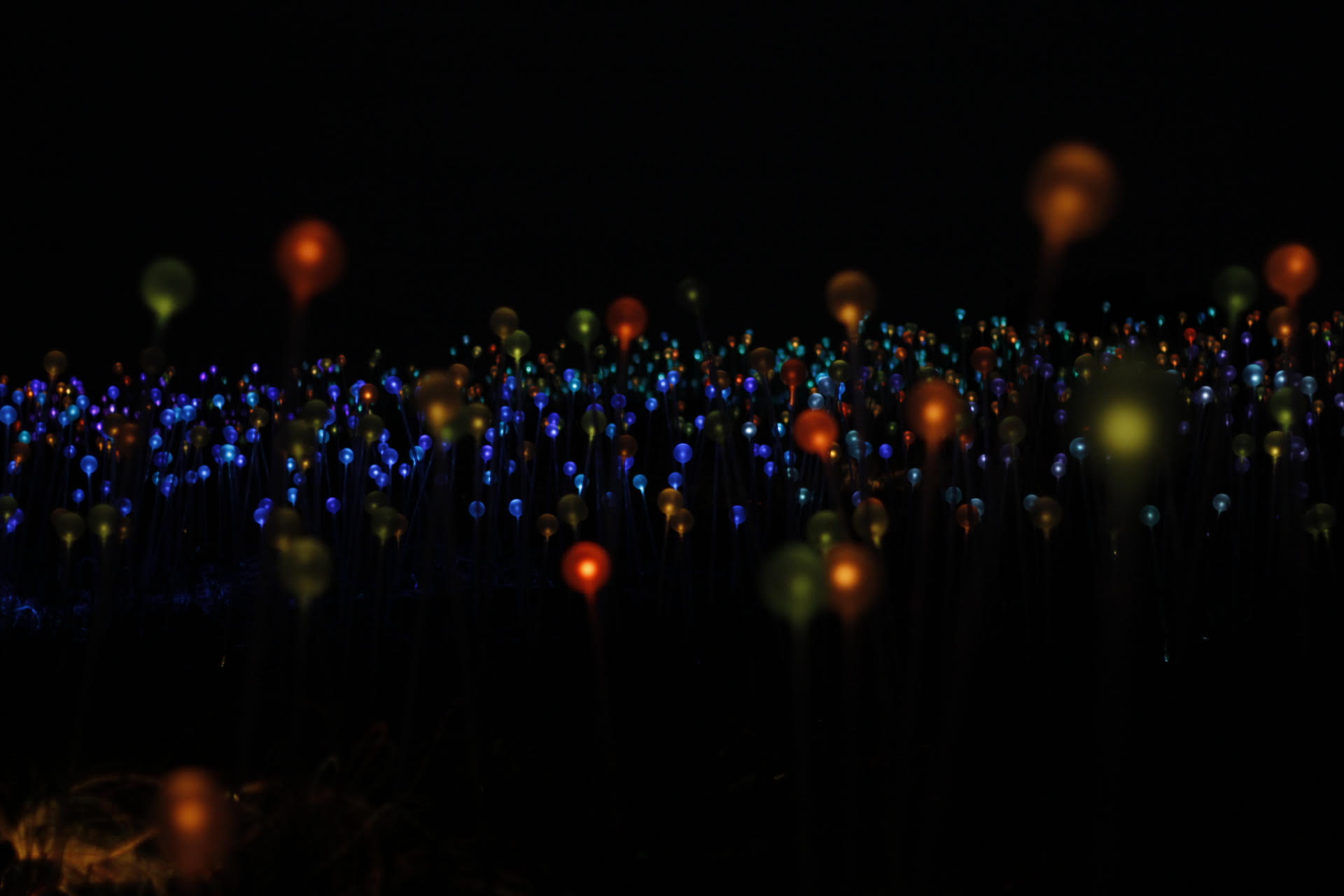 Lindsay, Leah, and I had no idea what we were going to do for our third project, but then Professor Teufel told the class about a new light-themed attraction that was coming to Paso Robles, and we were immediately hooked. To say I was excited was an extreme understatement!

We needed to get started right away as we were already behind. I sent out an email to my group members containing possible interview subjects, angles, and a summary of what I concluded from reaching out to people. 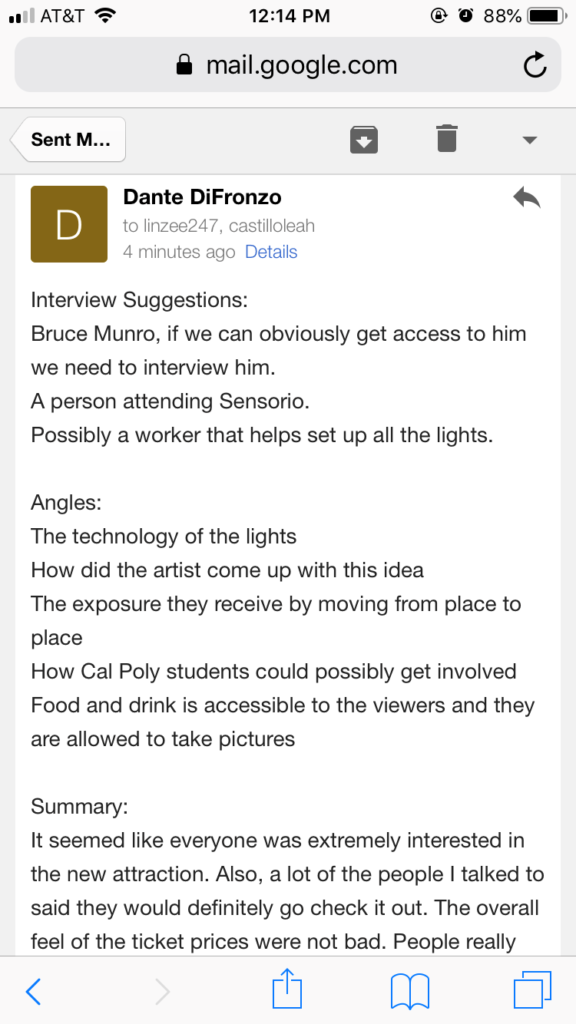 When I engaged with people on social media, a lot of them were open to the idea of attending Sensorio and making it a colorful night under the stars.

Facebook got me the most engagement from people. I posted on the Cal Poly SLO 2019 page asking people what they wanted to know about Sensorio and if they would attend. the post garnered 17 comments and 6 likes. Some even tagged their friends wondering if they had any interest in going to view a magical experience.

Sensorio was set to open on May 19th, and since my group decided to do our project on it, we got to check it out before anyone else did. As part of media night, my group and I went to see Sensorio in action on May 16th. It was something that I have never experienced in my life and I honestly don’t think I ever will again, I was blown away. The effort and hard work of the workers that made this experience so wonderful might go unnoticed by others, but not by me. The different color combination of the lights were extraordinary.

“I loved getting the experience of going to a press only night before the opening,” said group member Leah Castillo. “It felt very official and exciting.” 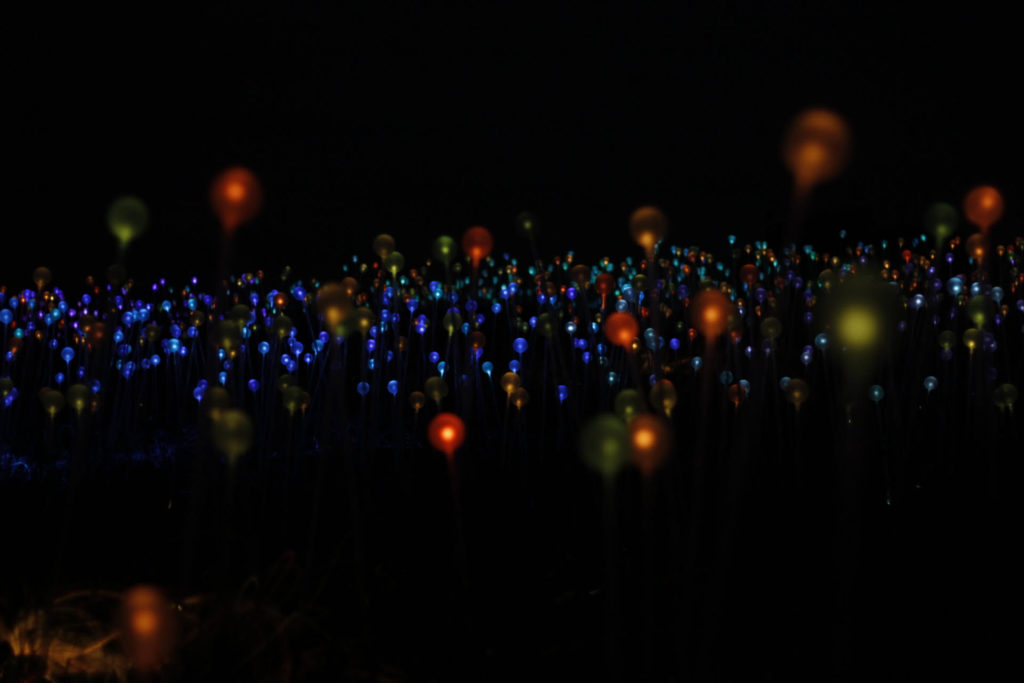 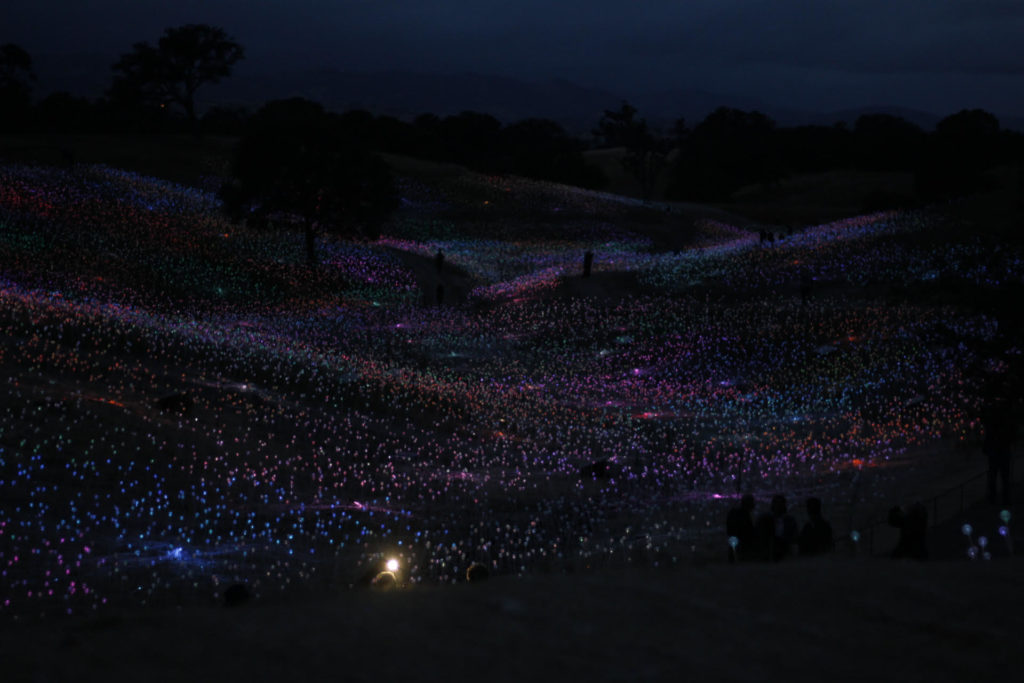 Artist of Sensorio, Bruce Munro, wants people to have a different experience at Sensorio than the typical experience most people have when viewing art.

“This is what Sensorio is all about. It’s the mind, body, and soul. If you think about it, that’s the truth of life. It’s impossible to do something on your own,” Munro said.

Munro was a character and had a great personality for our story. He was also patient with us and made time for us, knowing that we probably have never done something like attending a media night before.

This project was challenging for us in the sense that our Professor had given us the lead to it. There was pressure to make him look good when we visited Sensorio on media night and the story as well, but it was a fun experience.

“This project was a lot of fun to go out, see, and talk to world famous artist Bruce Munro,” group member Lindsay Morris said.

I hope we made him proud with our project because we all worked hard to make it as interesting as possible. This was by far the most joyful experience I have had covering so far in my journalistic career.