This week was a bit of a struggle for our team. We started out with the idea to interview Mark Tognazinni of Tognazinni Dockside restaurant. Mark catches his own fish on his boat and sells them at a Saturday fish market and in his restaurant. Our initial idea was that we wanted to showcase this unique business owner and his dedication to the craft but we ended up running into some challenges. First of all, we had a bit of trouble getting a hold on Tognazinni for an interview. Our initial vision was to do the interview out at sea with him and get a really great day-in-the-life video as well as get to ask him questions while he’s in his element. It turns out his fishing trip are quite extensive and short trip for him is around 12 hours long. Unfortunately, none of us were able to fit a full day at sea into our schedules so we had to scale back our vision a little as compromise. We decided to just go visit Mark on a day when he wouldn’t be fishing but rather just working on the boat near the restaurant. We envisioned a sunny day touring around the boat with Mark. Maybe we could even get him to show us his fishing gear and how it works to get even closer to our original vision. When we got there on Saturday tough, there was a team of guys on the boat helping to get fish to a line of customers that wrapped up the dock and around the side of the restaurant. It became clear to us quickly from the busy-ness of the market, that we likely wouldn’t be able to have the interview with Mark that we had hoped for. Because he was working and moving around we couldn’t mic him and the craziness of the market took a lot of his attention as well. In hindsight, it might not have been ideal to interview the subject in their element if their “element” consists of intense physical labor, lots of customer interference, and the chopping and passing of fish parts.  We left that day excited by the subject of our story but concerned that we hadn’t got the footage or content that we would need to effectively tell the story.

“I had a really great time with this project. Learning to create the video was new for me, but I feel like I learned a lot through the process and the time pressure helped me get it done” -Yasmeen Arami

After deliberations and time crunches that we realized likely wouldn’t be met, we decided to pivot story topics and cover the march to #EndtheBans happening in downtown on Tuesday, May 21st. The team did a great job of rallying around the new topic and pulling through with some quick, strong work with only a handful of days left before deadline. The event had a few hundred participants all with signs protesting the legislation passed in Alabama and up for vote in numerous other states to make abortions after six weeks illegal, even in the case of rape or incest. Yasi filmed multiple videos interviewing speakers and participants at the march, along with some expert help from Emma. Meanwhile, Justine and I interviewed participants for print.

“I am really proud of the outcome of this weeks project! Though the transition halfway through was a challenge at first, I’m really happy that I could write about an event that I feel so passionately about,”  -Justine Pelton

Overall, we are really proud of our work this cycle and we look forward to going back to Morro Bay next cycle to finish our story about Mark Tognazinni!

“Covering a sensitive topic such as this was extremely interesting and rewarding. We work great together as a group and I was so pleased with how the photos came out” -Emma Withrow 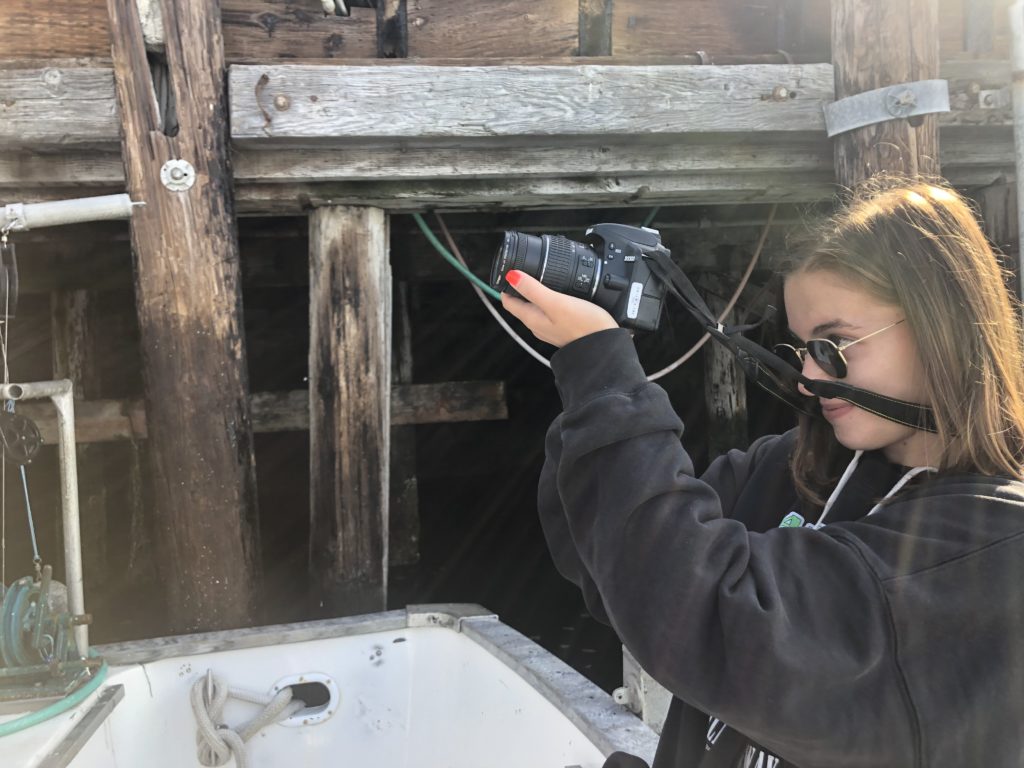 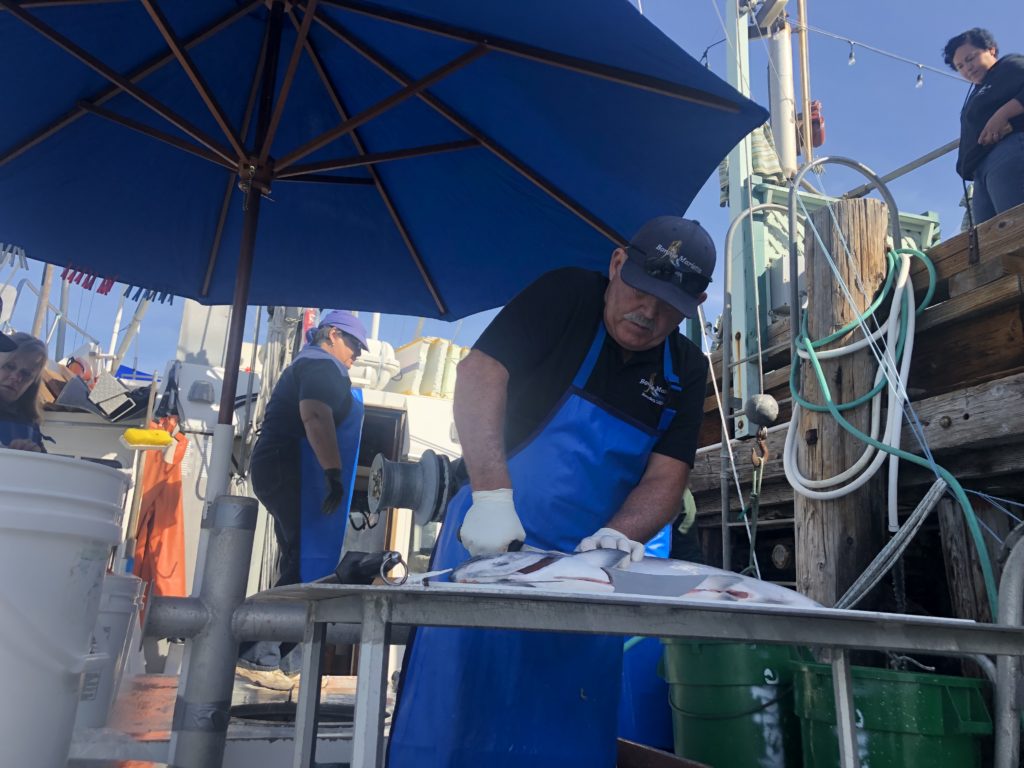 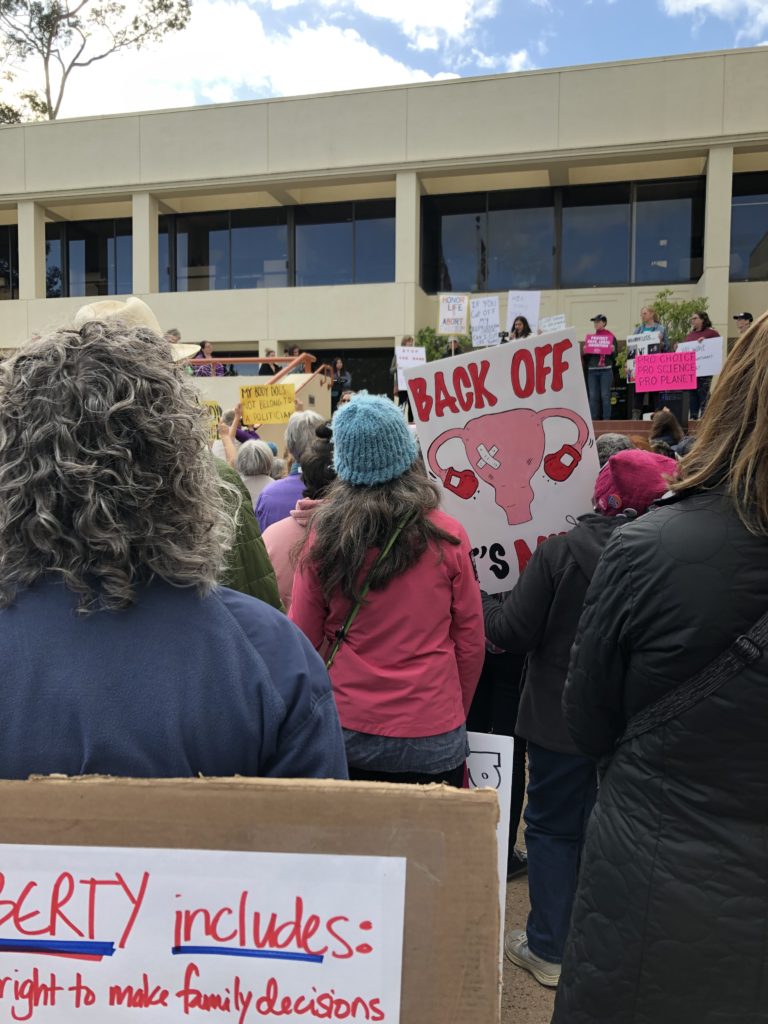