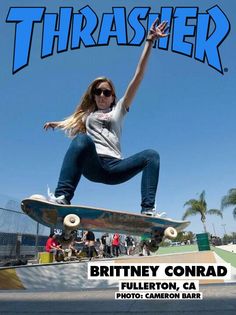 Skateboarding is a sport that originated in the 1940’s when surfers in California wanted something to do when the waves were flat. The activity has long been considered “male-dominated”; however, the world has seen growth in the amount of people who skateboard, especially girls. My team and I decided to see how the female skating community in San Luis Obispo compares to the rest of the world. We began to ask questions like, how has the art of skating changed? How do girls feel when they skate at the local Santa Rosa skatepark? Are they accepted? How many girls skateboard in San Luis Obispo recreationally?” These questions prompted our quest to gather more information about this topic, on a local level.

After establishing our topic, we knew we needed a more specific and interesting angle to develop our research around. So, I immediately started to reach out to potential sources inside and outside the San Luis Obispo Community in attempt to understand what people were particularly interested in in regards to females and skateboarding. I quickly realized that people were interested in aspects of female acceptance and demographics of female skateboarders. After our team interviewed the Morro Bay Skateboard Museum curator and director, Jack Smith, we discovered that in the early days of skateboarding, girls were often times sexualized on the cover of skating magazines or just downright ostracized; today they are treated more and more as professionals, just like the boys. 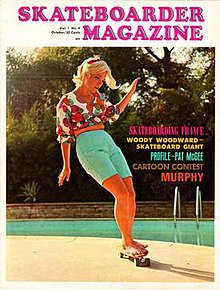 While completing the backgrounder, I came across several articles that discussed how female skateboarders have become symbols of women empowerment over the years. Specifically, an LA Times article I found detailed the timeline of female skating history and how it has evolved. Reading this article helped Felix focus his interview questions when it came to interviewing sources in San Luis Obispo.

“I also had a lot of fun and I was entertained when talking to the girls who skate. What really stuck out was their personality and their insight on skateboarding,” said senior Journalism  student, Felix Castillo. While Castillo prefers to be behind the camera lense shooting and filming, he persevered through this project to the best of his ability when it comes to writing. He said he enjoyed the aspect of simply interviewing sources without the pressure to visually capture something unique.

During the second round of interviews, senior Journalism students, Zachary Donnenfield and Caitlin Scott were able to capture live-action footage of female, San Luis Obispo skaters in their element.

“I was blown away by how well these girls can shred,” said Donnenfield. “Capturing their talents quickly felt like a privilege.” 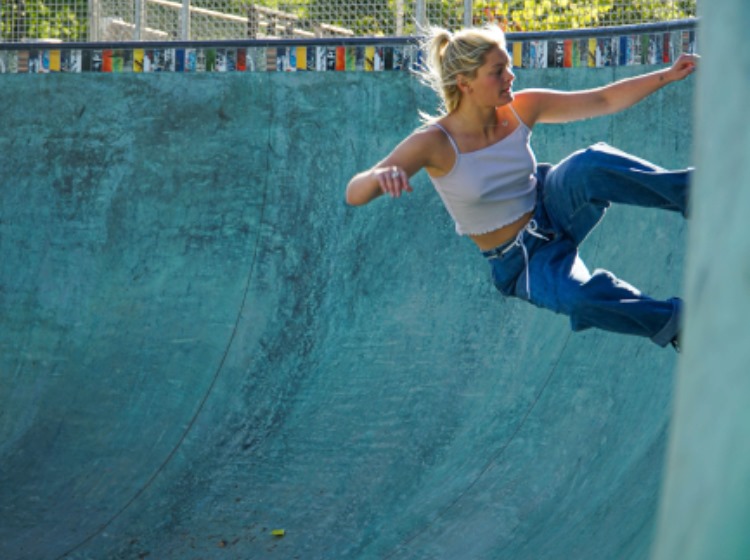 Behind the scenes action photo

“The footage we gathered was amazing because well, the girl skaters were amazing at their sport,” said Scott. Donnenfield and Scott feel completely in their element when it comes to videography and photography.

“We initially struggled with a strong and compelling angle, however, the more people we spoke to about or topic, the more narrower our storyline got,” said Castillo.

After speaking with the female skaters in SLO, our team realized the amount of knowledge each of them had on the history and evolution of the sport. Local SLO skater, Sophia Marquez recently entered the Central Coast Monster Skateboarding Series competition and won. She described the feeling of winning like this: “It lit a fire under my ass and I’m like, ‘I need more of this,” It was really fun and I felt recognized and validated.” 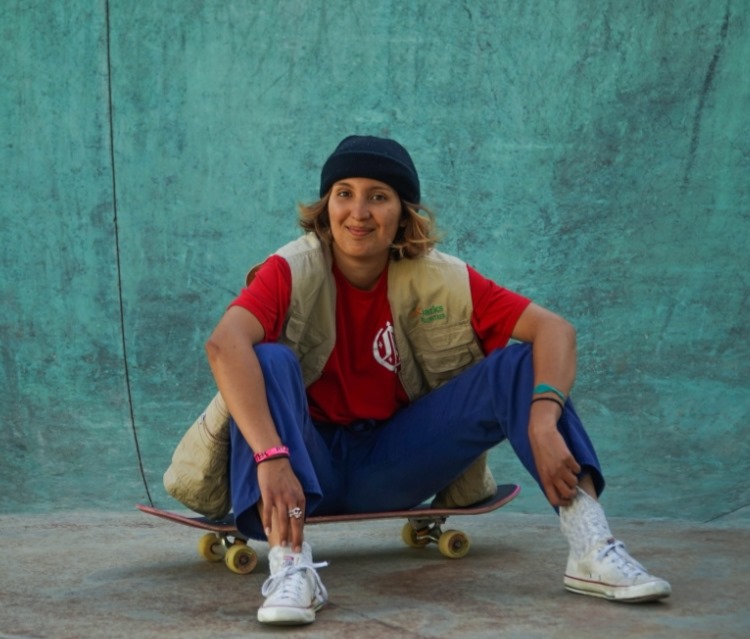