Before starting this story, I knew next to nothing about the ROTC program. Over the last four years, I’d seen some students in uniform walking around campus but was honestly too intimidated by the outfits to look for very long much less ask them any questions. I now realize how foolish I’ve been.

At the start of this quarter, one of my other group members pitched the idea of doing a story on Cal Poly’s ROTC program or maybe profiling a specific student. There hadn’t been any major stories on the program in the last few years. As our luck would have it, a Mustang News writer had been working on a profile piece around the same time we were looking to do our story. My group is short a member so we always have one element of the usual senior project missing. This time around, we were able to use Emma Kumagawa’s story and add in our multimedia elements. For me, having Emma was extremely because she had already made some contacts with members of ROTC. Her story was focused on ROTC Senior Cadet and biological sciences senior Katherine Holst, who’s headed to the 82nd Airborne to serve as a field artillery officer for at least the next five years.

When I first starting talking to Katherine, I was intimidated. I didn’t know much, but I could tell she was a person of great importance. When other students and even higher ups passed by us, their behavior suggested she was certainly a woman with authority. While she maintained this general vibe during our entire time together, I soon realized that she’s really no different than me. She’s just a student trying to make it through. I certainly don’t mean that as a negative, but I was under the impression that everyone is ROTC cadet was some gym rat with an aggression problem. Again, I quickly realized I was wrong. My group members agreed.

“I really liked working on this story because through all of the tough workouts and time commitments, these students are just like any other students but they happen to play a part in the bigger picture of life. It’s awesome to see they are not all that different,” said Jessi Armstrong. 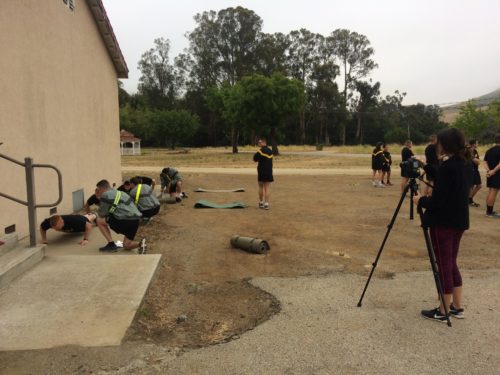 Katherine understood that this was a common misconception for people who aren’t familiar with the program and that she gets more than her fair share of flack simply for being a woman within the unit.

“There is nothing magical about being an ROTC cadet. We aren’t a bunch of geniuses of fitness freaks or anything else out of the ordinary. We are simply a group of students who have decided to join something a little bigger. So don’t feel like ROTC is reserved for a select or tiny elite subset of the population. Feel free to come to Dexter and check us out, come chat with us or come do PT with us if you feel like it. I think you’ll find it’s not as different or as scary as it first seems,” said Holst. 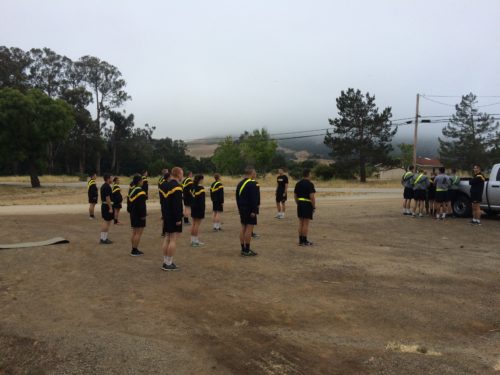 My group and I actually ended up joining Katherine at 6:30 am one Wednesday morning as she headed out to Camp SLO, a local military base. There were some juniors taking their physical fitness test and we were able to see how the whole thing went down. And for a third time, I saw how my own preconceived notions had dictated my perception of these people. There were students of all shapes and sizes, each with their own unique story of why they joined ROTC. No two were alike other than that they were all extremely friendly and welcoming to us. They were focused when they needed to be but during breaks, they laughed and joked around like any other typical college student. 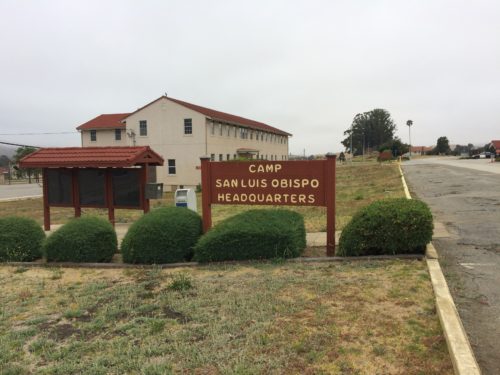 “I found that the people in ROTC are really motivated and dedicated. Waking up at 6 am to go workout three times a week is brutal and I admire them so much for putting so much time and effort into something they are passionate about,” said Marie Leleu.