In just one short week, soon-to-be Cal Poly graduates will be lined up along the edge of Spanos Stadium with their fellow peers, proudly sporting green caps and gowns, receiving diplomas, and officially becoming Cal Poly alumni.  However, this won’t be the first celebratory ceremony some students will be participating in.  Several students will have already participated in an intimate cultural commencement ceremony amongst their families, that aims to honor and recognize the accomplishments and hard work of each student.

Last month, Harvard’s first black commencement ceremony made headlines as students banded together to create their own ceremony to celebrate the achievements of black students and faculty, which they believe are overlooked.  As this story began to spread across the nation, my group and I set out to learn more about the six different cultural commencement ceremonies Cal Poly offers. 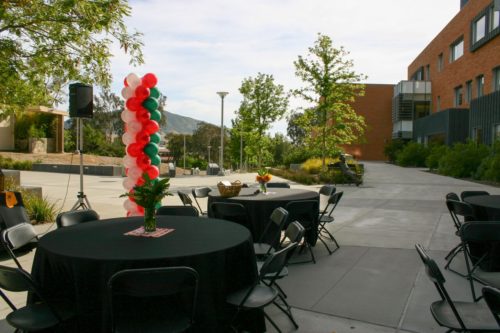 A closer look at the set-up of the Middle Eastern student commencement ceremony. Photo courtesy of Raha Haghnia.

We set out to interview most of the coordinators of the cultural commencement ceremonies, as well as some of the students who will be participating in the ceremonies.  Over the course of the past few weeks, my group members and I have had the opportunity to speak to first-generation college students, students who have overcome many obstacles at a predominantly white university, and faculty who are extremely passionate about acknowledging the dedication and hard work of underrepresented students on campus.   Group member Sophie Kelley said, “It was so heartwarming to hear advisors share why these ceremonies mean so much to not only graduates, but their entire families as well.  I think every school should work to include cultural commencement ceremonies.” 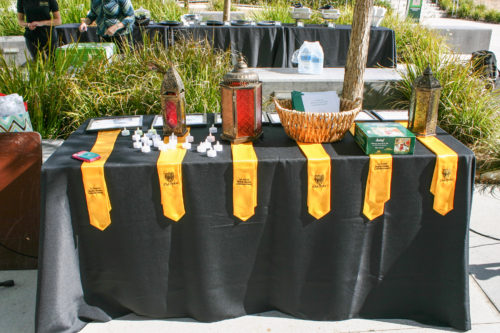 Before beginning this story, we asked students, non-Cal Poly students, faculty, community and non-community members about their opinion on cultural commencement ceremonies.  Since there’s been some controversy over this topic, we wanted to know if Cal Poly students thought that having additional culture-specific graduation ceremonies increased inclusivity on campus, or created more of a divide within the student body.  Shelby Funk, junior business student said, “I think the fact that there are different ceremonies is very inclusive, but also the fact that I didn’t know they existed kind of makes it feel less beneficial towards an overall inclusive effort.”

My team and I definitely encountered some obstacles along the way.  Reporting on this topic was not smooth sailing as we anticipated.  While we went into this story with nothing but good intentions, one of the cultural groups did not appreciate us attempting to better understand their culture, but rather, they were highly offended and were not receptive to working with journalists or other students.  Although we tried to make amends and continue the relationship, they were firm on their decision to not contribute to our story.  It is unfortunate because we wanted to include them in our story and highlight the students’ accomplishments, but were unable to do so.  “This has been a very challenging story to work on, but focusing on underrepresented groups on campus is extremely important.  We had to organize so many interviews and meetings, and might have rubbed a certain group the wrong way, but this has been a learning experience and I have enjoyed hearing all the different stories and experiences” Cameron Bones said. 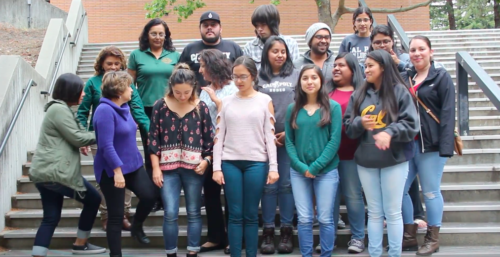 Group of students who are participating in the upcoming Chicano/Latino commencement ceremony gather to take a photo with advisors who helped plan the ceremony.  Photo courtesy of Cameron Bones.

Although there were more bumps than anticipated with this story, it is the last story of our journalism career at Cal Poly, and despite the frustration, countless hours spent seeking out sources, and weeks of dedication poured into this story, I think we successfully captured what we aimed to do.  “It was a pleasure to speak to the cultural commencement coordinators and students who are participating.  Speaking for myself and my teammates, we appreciate each and every person who has shared their stories with us” Victoria Howland said.