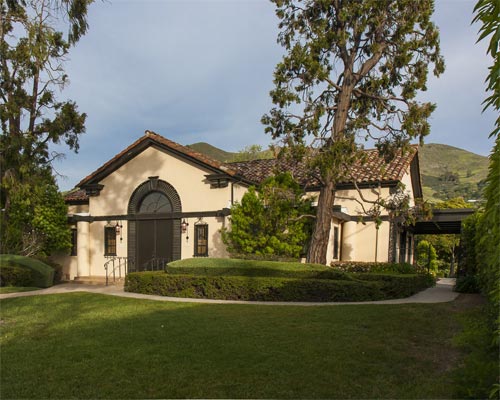 Through the process of writing a story regarding Julia Morgan and the Monday Club, I believe my group members and I learned a great deal of about her contributions as well the significance of the Monday Club in the community of San Luis Obispo.Attending meetings as well interviewing members of the club at the Julia Morgan  building allowed me to really comprehend how important her architecture was to the community.

The first insight I really got into her history came through our interview with a docent by the name of Vicki Carroll at the Julia Morgan building at the intersection of Monterey St. and Grand Ave. Vicki proceeded to detail the organization’s historic background having been founded in 1924 due to a lack of forums women could assemble and discuss issues in the community. Hearing her discuss what the building felt to her was powerful, which reflected the perception of how my group members understood the building’s significance to members of the Monday Club.

“Being able to share the story of the Monday Club is a privilege. It has made me feel like a little part of history, especially learning about the advancements these women paved in male dominated fields and the SLO community.” according to group member  Camilla Corcuera who handled the print role of the project.

In terms of how our interactions with the Monday Club, everybody that we encountered were extremely kind and helpful which included exchanges with Club President Roberta Jorgensen, a docent by the name of Mary Ann, and Vicki Carroll as aforementioned. From timely responses, information, and quick referrals, the enthusiasm of the Monday Club members made the process of doing the story that much more enjoyable for the group.

“I enjoyed this project the most out of all of ours we did this quarter. The Monday Club members were super helpful and it was cool getting to use the Cal Poly Special Collections which I’d never used before.” according to group member Carly Quinn who handled the multimedia component of the project.

The Special Collections at the Cal Poly library were a big help in us obtaining more architectural records of the building and its layout. My group members were able to ascertain images of the blueprints of components of the building including its foundation, roof plan, and elevation.

Regarding the club’s location, I can attest that it is difficult to notice having lived across the street from the building at Garfield Arms Apartments on Grand Ave. Through the process of learning about the building, my group members and I are both thankful to have a real profound insight into the backstory behind Julia Morgan and the building itself.

“It was so interesting getting to learn about the Monday Club. It’s crazy how you can drive past something so many times and never know about it, but then you get to go inside and learn about the beautiful history.” according to group member Emily Hillsinger who handled the Audio and Visual component of the project.