When our reporting was set back by our initial story idea falling through, the team had to quickly regroup. The challenge was finding a story that was still interesting and timely, but could be accomplished in less time than originally expected. That is when we discovered a Facebook post about a senior project building the first new structure to be added to Poly Canyon’s architecture graveyard in more than fifteen years. Not only was this story compelling, but one of the project leads happened to be Nicole Horton’s neighbors. She texted him immediately. Thrilled, he quickly replied and gave us a list of sources. By the time class had ended, the story was in motion.

The busy festival season and the architecture department’s bustling Design Village presented the next set of challenges. Two of the Observation Deck’s project leads were gone the entire weekend at Stagecoach, unable to do interviews until the following week. Additionally, the project site in Poly Canyon was overrun with visitors to Design Village all weekend. Our team again had to delay the bulk of our reporting until conditions were better. Instead, we focused on planning and preparation to make this the best story possible. We set up interviews and reached out to a peer with a drone to get beautiful shots of the project site.

A series of rapid fire interviews and filming sessions were set up for the week the project was due. An early 8:00 a.m. interview was scheduled with architectural engineering student Sitora Vaxidova Tuesday morning.

The night before the interview, Maddie Rabago discovered the camera she rented was dead and there was no charger in the kit. With equipment checkout not opening until after the scheduled interview the next morning, Rabago was  unable to find a backup camera in time. She asked the group for help and Bianka Pantoja suggested using Horton’s iPhone, which had the best camera.

“You want to record by holding your phone horizontal, and stabilize your arms,” Pantoja said.

Rabago took this advice and used a tripod to stabilize the image.

At the interview, Vaxidova explained that the current project is a continuation of a previous one by past seniors for their final project. Vaxidova had assisted with the planning for this group as well. While the original team’s plan was never able to come to fruition, the new project is bringing the original blue prints to life.

Immediately after this interview, Horton, Rabago and I hitched a ride to the project site in construction management senior Tony Pellegrini’s truck. One of the team leads, Pellegrini drove us up the rough Poly Canyon road to a high point overlooking much of the canyon. Evidence of the team’s hard work could be seen behind a wooden fence intended to keep out cattle. Piles of lumber and deep holes were scattered around the construction zone. 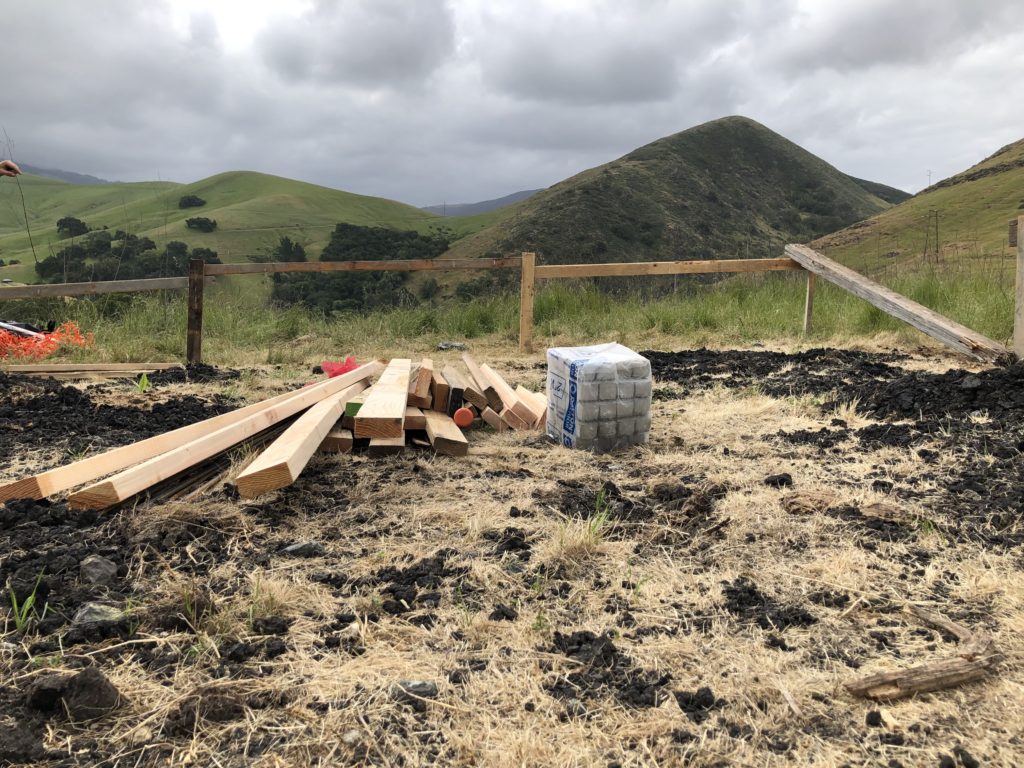 As we interviewed Pellegrini, the beautiful backdrop of Poly Canyon’s green hills made it clear that the observation deck’s location had been well chosen.

Pellegrini explained how the project has not only given him and his team vital skills they will need after graduation, but has also meant a lot to alumni and faculty who have a personal connection to Poly Canyon. Pellegrini was referring to Poly Canyon’s history as a living laboratory, where students and faculty used to even live full time.  The area has fallen into disarray over the past decade, and no longer has working electricity or running water.

“Hopefully this project will inspire other students to begin building up here and get the feel of this canyon back so that students will be coming up here to build and explore, rather than vandalize,” Pellegrini said.

Pellegrini also spoke of the logistical aspects of taking this project on.

While at the site, Associate Dean of the College of Architecture and Environmental Design Kevin Dong stopped by. Dong is helping oversee the project. He brought  two volunteers with him who were hoping to help work on the project. 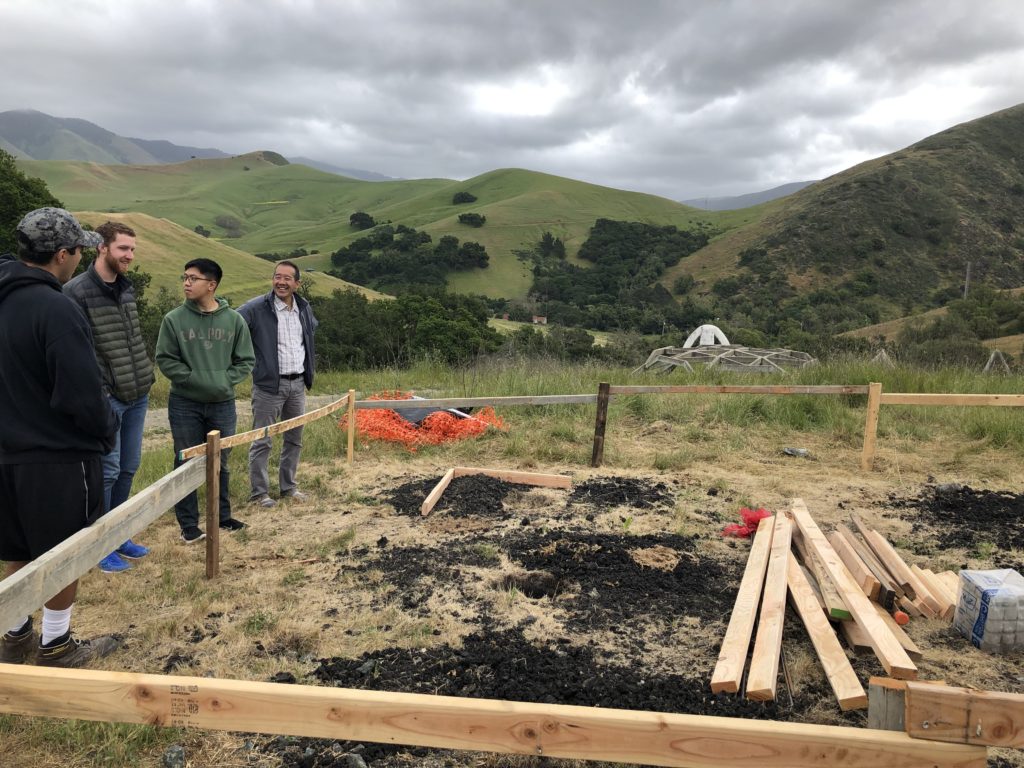 The next day, Rabago and Bianka Pantoja interviewed Dong. He has been a frequent advocate for revitalizing Poly Canyon. He helped provide more insight into the logistics of building in Poly Canyon.

“We talked to Kevin [Dong] and he is sending Bianka a digital timeline of past projects,” Rabago said.

The same day, Tula Urban went out to the project zone.

“I got some more b-roll and about two minutes of nat sound and a lot of photos,” Urban said.

Our contact with a drone also went out and took more photographs. The visual aspect for this story was something we wanted to get right.

In addition to visuals, the Community Engagement Report and Social Network Engagement report each revealed a need to focus on the logistical aspects of building in Poly Canyon. These included questions about the environmental impact, and why no new structures have been built for so long. Through the written article and the video will shed light on these questions.

While this story had a shaky start, our team was able to finish strong. We are all glad that we got to learn more about this exciting next step in Poly Canyon’s long and erratic history.