We heard it on KCPR 91.3 FM SAN LUIS OBISPO first: California Men’s Colony (CMC) inmates writing in to the student-run radio station and calling in to the live broadcast. For some student DJs this is a welcome surprise. For others, this is just another regular Tuesday radio segment.

Fourth year Journalism student and KCPR DJ Rachel Showalter has been named in some of the letters and wanted to discover how these relationships have evolved and why it’s good for the inmate’s morale. CMC inmate Leonel calls into the KCPR radio station every week, religiously. Former KCPR student DJ Connor says he receives letters from Lionel quite frequently. Mostly, they are notes of support and regular fan mail, but their relationship has grown over the years.

Our team wanted to investigate this history and apparent tradition of California Men’s Colony letters, and speak to the inmates about what it’s like for them to have that relationship. We contacted the men’s colony public information officer, Monica Ayon, to kickstart a clearance process for our story, pitch our media plan, and ask about her knowledge of the letters.

After submitting clearance paperwork and requesting media interviews with the inmates, we submitted a list of our intended audience, media channels, and potential interview questions to the California Men’s Colony PIO to be reviewed.

In the meantime, we reached out to KCPR current students, who shared their letters with us. We received a lot of feedback and multiple letters. Upon seeing the diversity of the letters, we reached out to KCPR alumni to inquire if they had similar experiences. Our team received an overwhelming response to this, with alumni DJs offering to interview and share their letters with the inmates.  We also briefly interviewed our target audience, Cal Poly students, and those within the Cal Poly community via our social network engagement report. Main feedback incorporated the desire to hear from inmates themselves on the relationship with KCPR student DJs and how the student DJs have interacted with them over the years of the station.

The California Men’s Colony, after multiple email communications detailing interview questions, visitor clearances, the letters, and relaying information on behalf of the Department of Justice on whether we can visit and interview the inmates, agreed to let us visit the inmates. Our timeline was pushed back as the clearances were not submitted as soon as the team submitted them.

Through background research, we identified that these letters were not only widespread throughout the past and current KCPR DJs, but also broadcasters and radio show hosts in the San Luis Obispo area. Historically, KCPR DJs have entertained calls from the California Men’s Colony on their shows, as we discovered in Cal Poly’s digital archives.

Our team plans on recording audio of the KCPR DJs on the phone in the studio with the inmates, as the CMC will not allow any audio or video recording. In addition to posting the letters with our story, we’d like to see some interactive capabilities with hyperlinking text to audio. For our video component, we would like to capture DJs reading their letters, the studio, and any establishing footage of the California Men’s Colony and KCPR studio.

Our story is continuing to the second cycle and will hopefully be complemented by a visit to the CMC and interviews with inmates. We do not yet know if we have permission to use their full names. 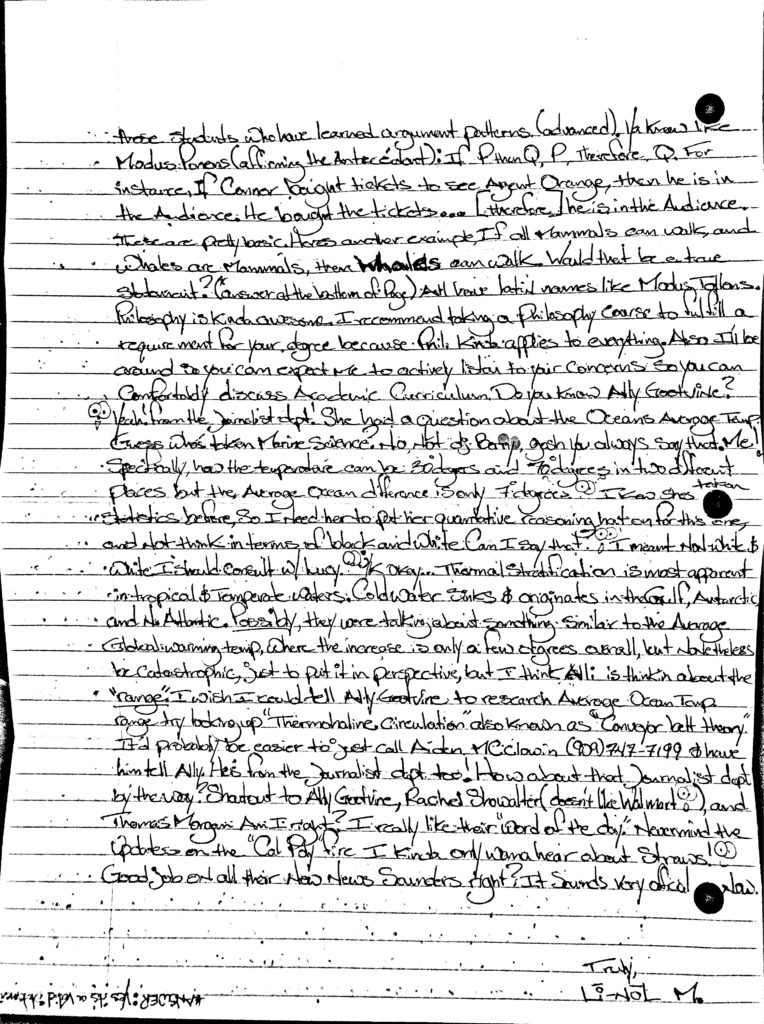 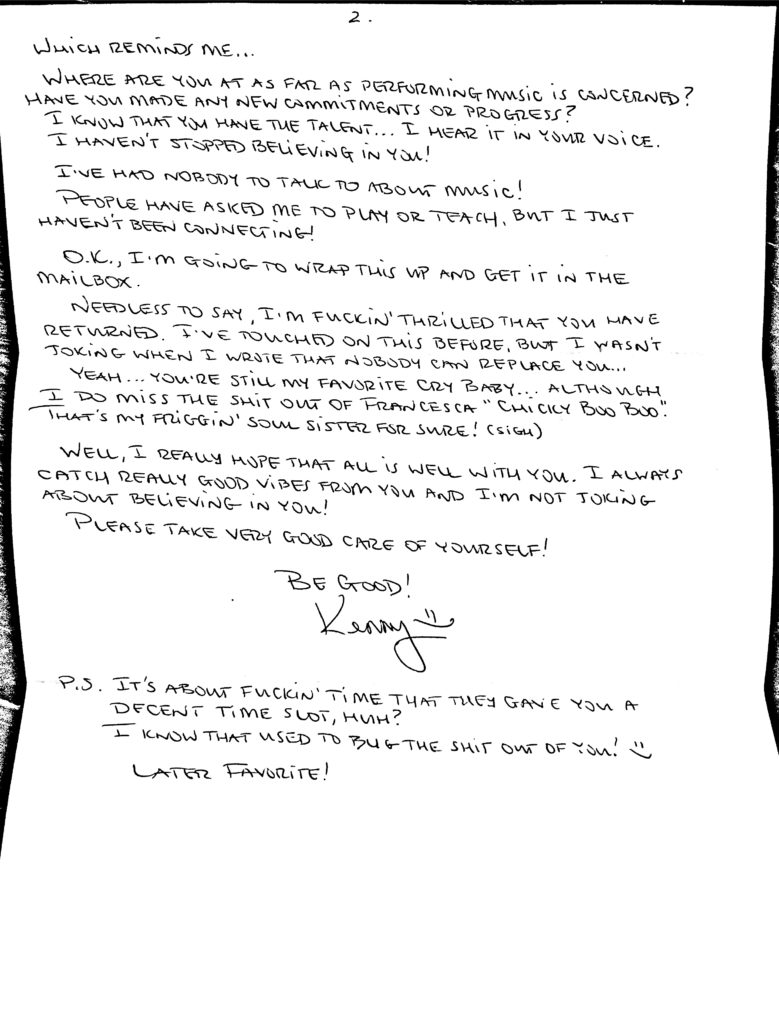