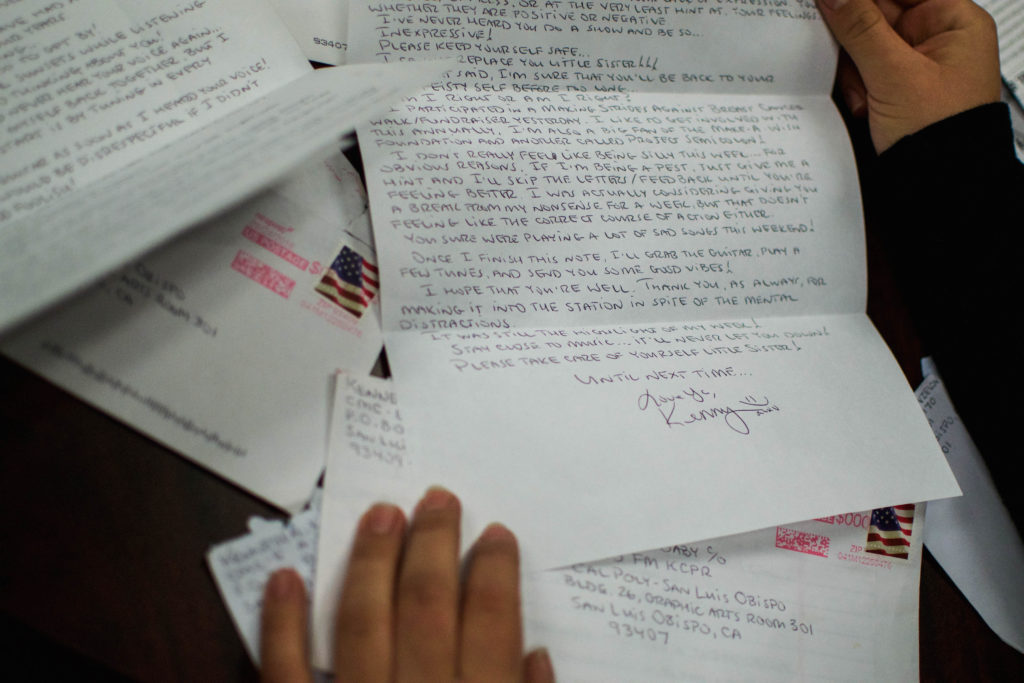 The initial blog post by my teammate Claire Blachowski summarized the events of how our story idea came to fruition, who we interviewed as our first sources, some history behind the inmate letters to KCPR, and where we were hoping to go with the story. It has been almost one month since my team started this story, and all its parts are coming together. 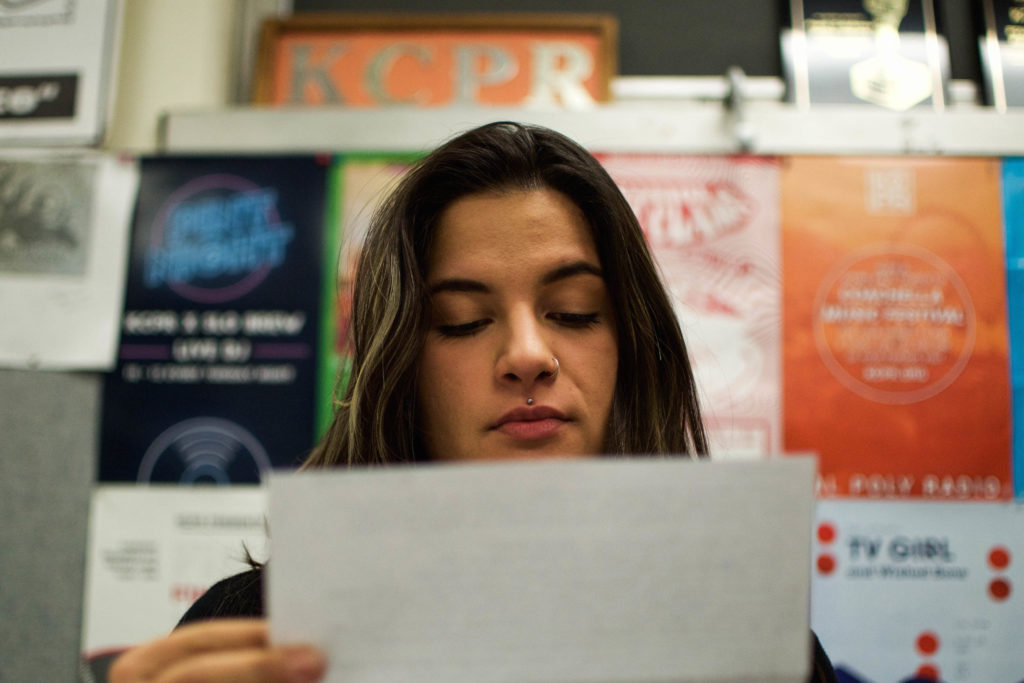 Sullivan and Corcuera are the most recent recipients of letters, and have mixed feelings about them. However, they both feel flattered that they are the chosen recipients they said. “It is shocking, exciting and kind of flattering that these people are writing me…I think it is pretty cool more than anything,” Corcuera said.

Bibi Pickles, which is her former DJ name and current nickname, brought about 80 CMC letters to share at our interview that she has collected over the years. Pickles said she responded to a few of them in the past, developing a pen pal relationship with at least one inmate. She enjoyed this communication overall she said.

The interviews that most people expressed curiosity about are with the two letter-writing inmates, Leonel and Kenneth. My group members Rachel Showalter, who initiated this project topic, and Claire Blachowski were the two members who went to the CMC to conduct the interviews on Friday, Feb. 1. 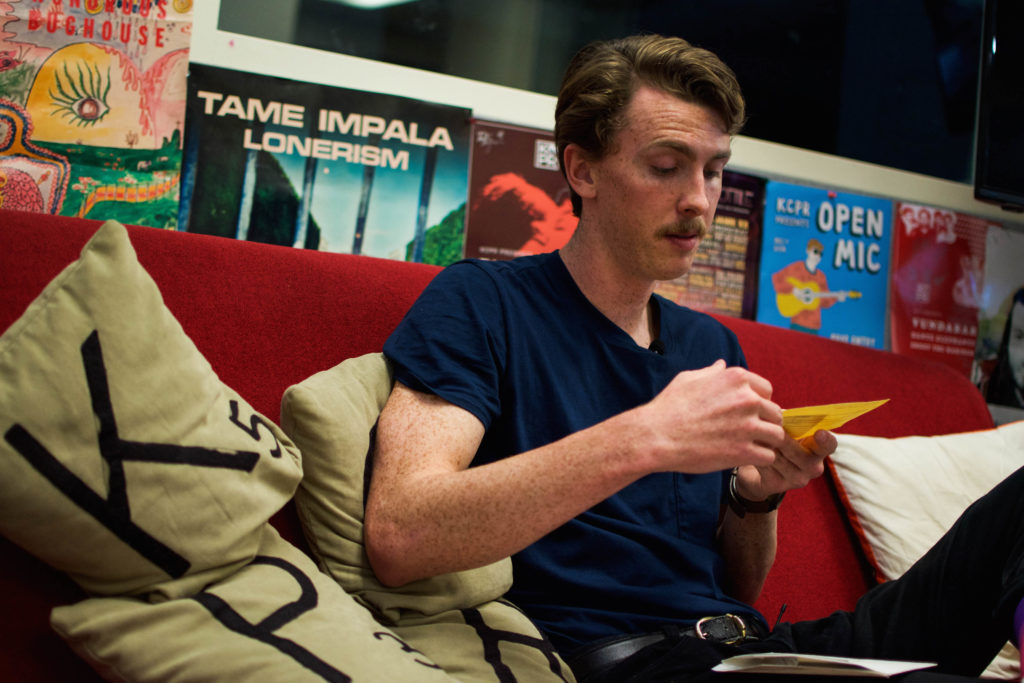 Just days before these interviews, Showalter, who is also a KCPR news anchor, received a letter from Leonel. She had never received her own letter from an inmate, and had only been mentioned in letters sent to other DJs. The timing of this was impeccable and quite humorous in Showalter’s eyes. It made her nervous to see him face-to-face, but she knew she should go through with his his interview for the story’s sake. “I knew I would have regretted it if I didn’t do an interview with Leonel,” Showalter said.

Inside the CMC, Blachowski and Showalter were only allowed to record the interviews on an old-fashioned tape recorder and pen and paper. They said Leonel and Kenneth discussed their reasoning behind writing and sending the letters, along with things like their daily routines. Blachowski described their CMC visit as “once-in-a-lifetime”.

Through further research on the history of inmates writing letters to radio DJs, we discovered that letter writing in general is a common outlet for inmates, as it connects them to the outside world. We also read about inmates who wrote letters to celebrities like Kim Kardashian and the cast of “Big Bang Theory”. However, it became evident through the duration of this project that KCPR holds a special place in the lives of some CMC inmates.