What do dogs, inmates and veterans all have to do with one another? This question caught our attention when we found out that a local coffee shop called Top Dog Coffee Company, located in the foggy coastal town of Morro Bay, was selling coffee beans to raise money for the training of service dogs. 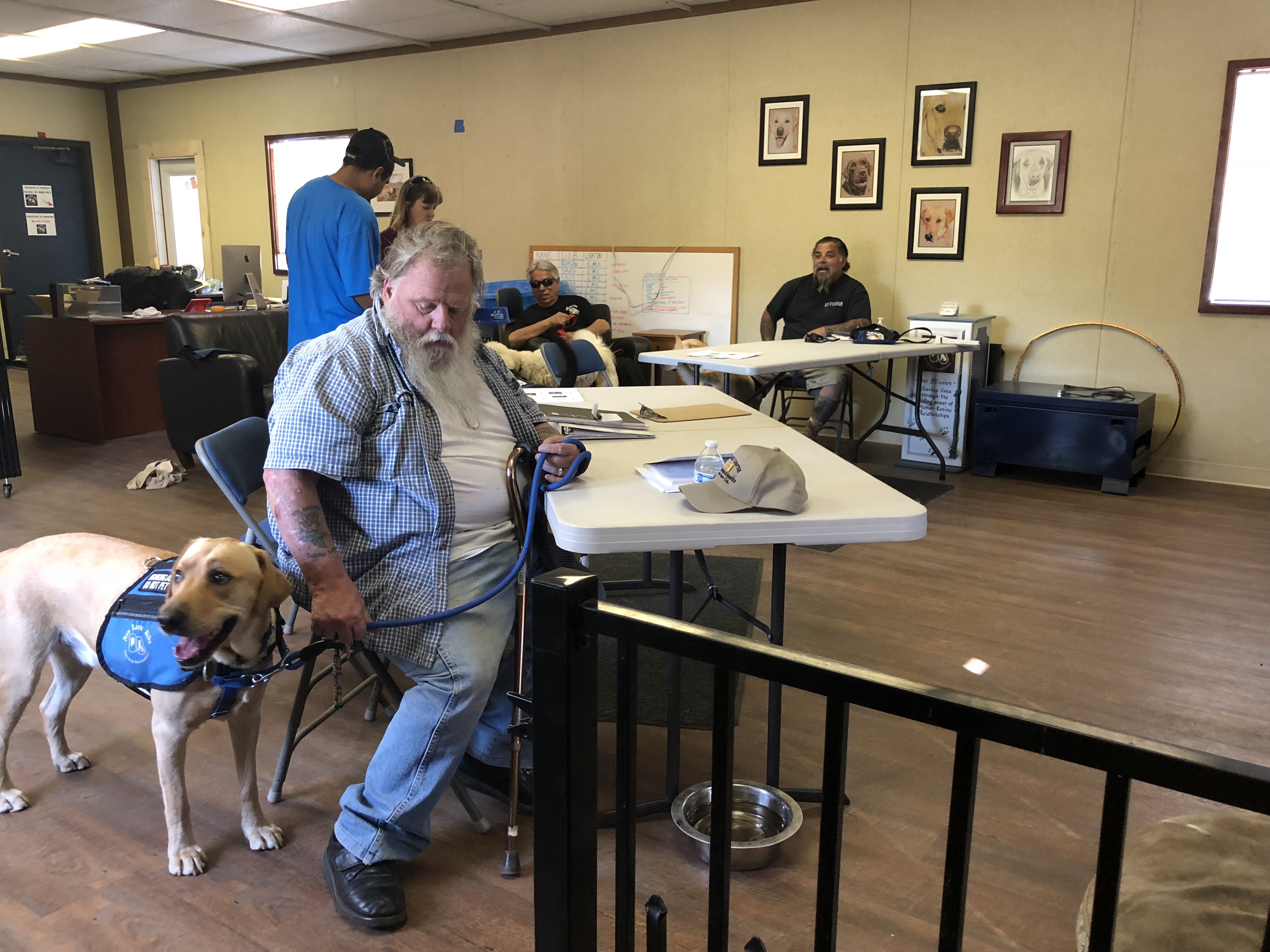 These service dogs are a part of New Life K9s, a local nonprofit that works with the California Men’s Colony to train service dogs.

Top Dog Coffee Company, although an important facilitator in the process, was not the main focus of this story. This is because we had a conflict of interest when one of our teammates, Dylan, said that she worked as a barista for Top Dog. In order to eliminate this conflict of interest, we had multiple people at every interview, and the story was focused on the relationship between the California Men’s Colony, the dogs, and the veterans.

We also chose to focus on the veterans and service animals aspect because of the feedback we received on social media. Many of my interactions included questions about the process of training a service dog, and the benefits both the veterans and inmates saw when they worked with them. 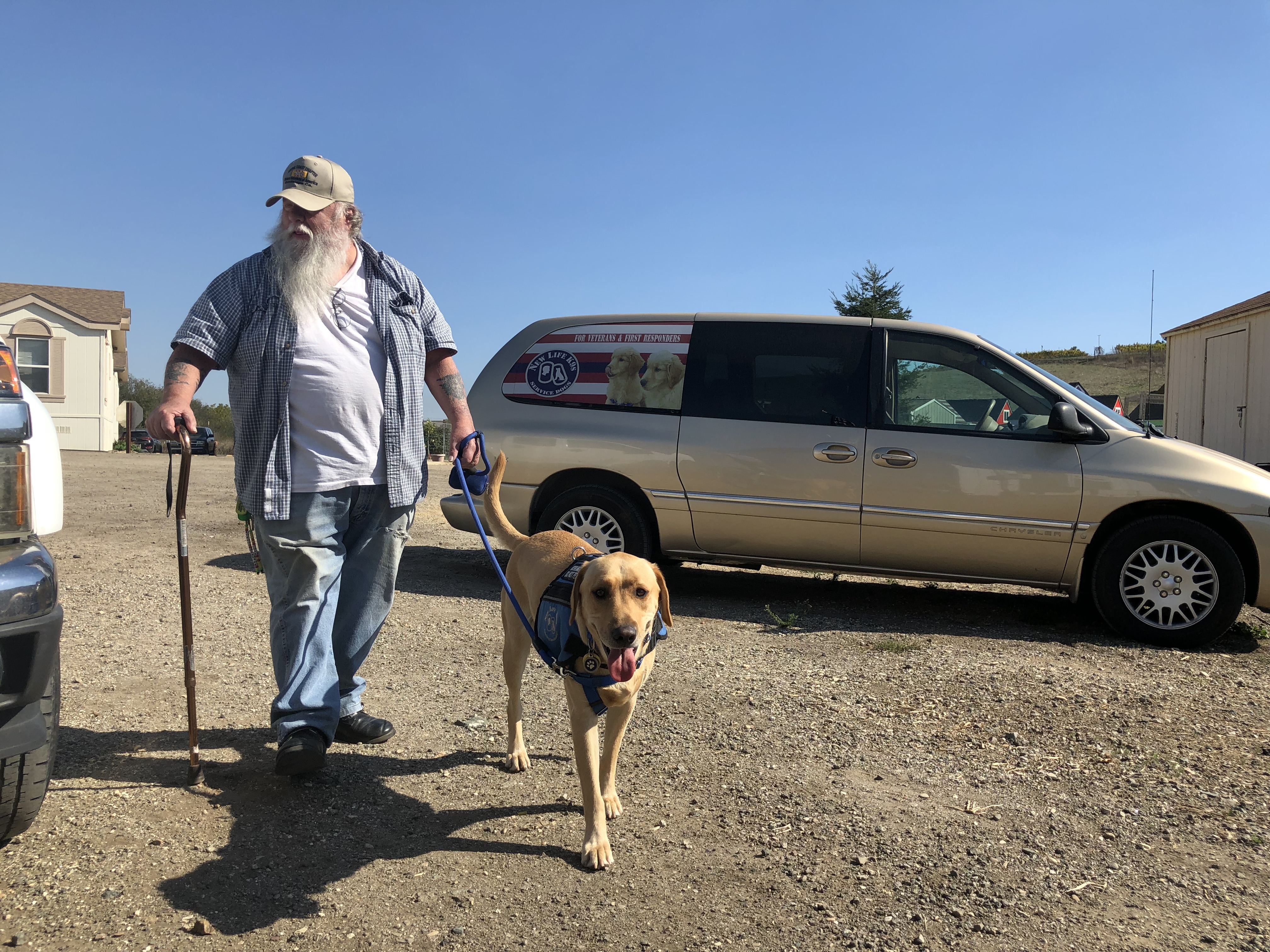 The project was not too hard to cover, and each of us took on different roles in the reporting process. I covered Strategy and Engagement, and encountered minimal challenges in sparking meaningful conversations surrounding our topic.

Dylan was in charge of the video reporting, and produced a really nice teaser video that perfectly captured the essence of the story. She was even able to visit a doggy boot camp, and said, “I got to meet everyone, so that was a positive!” Megan handled the traditional reporting process, and enjoyed the interviewing process, saying, “Wow this is amazing! I’m definitely looking forward to hearing more about it Friday.” Arran was in charge of the interactive components to accompany the story, and gave some great feedback regarding narrowing our focus down. “Just to clarify – we’re still trying to focus the story on the veteran angle?” This helped keep us on track.

By working together, we were able to interview many sources who added amazing contributions to the story. Unlike our last story, we had almost zero problems with the interview process, giving many of our team members a longer editing process. This was helpful in producing a well-rounded story. 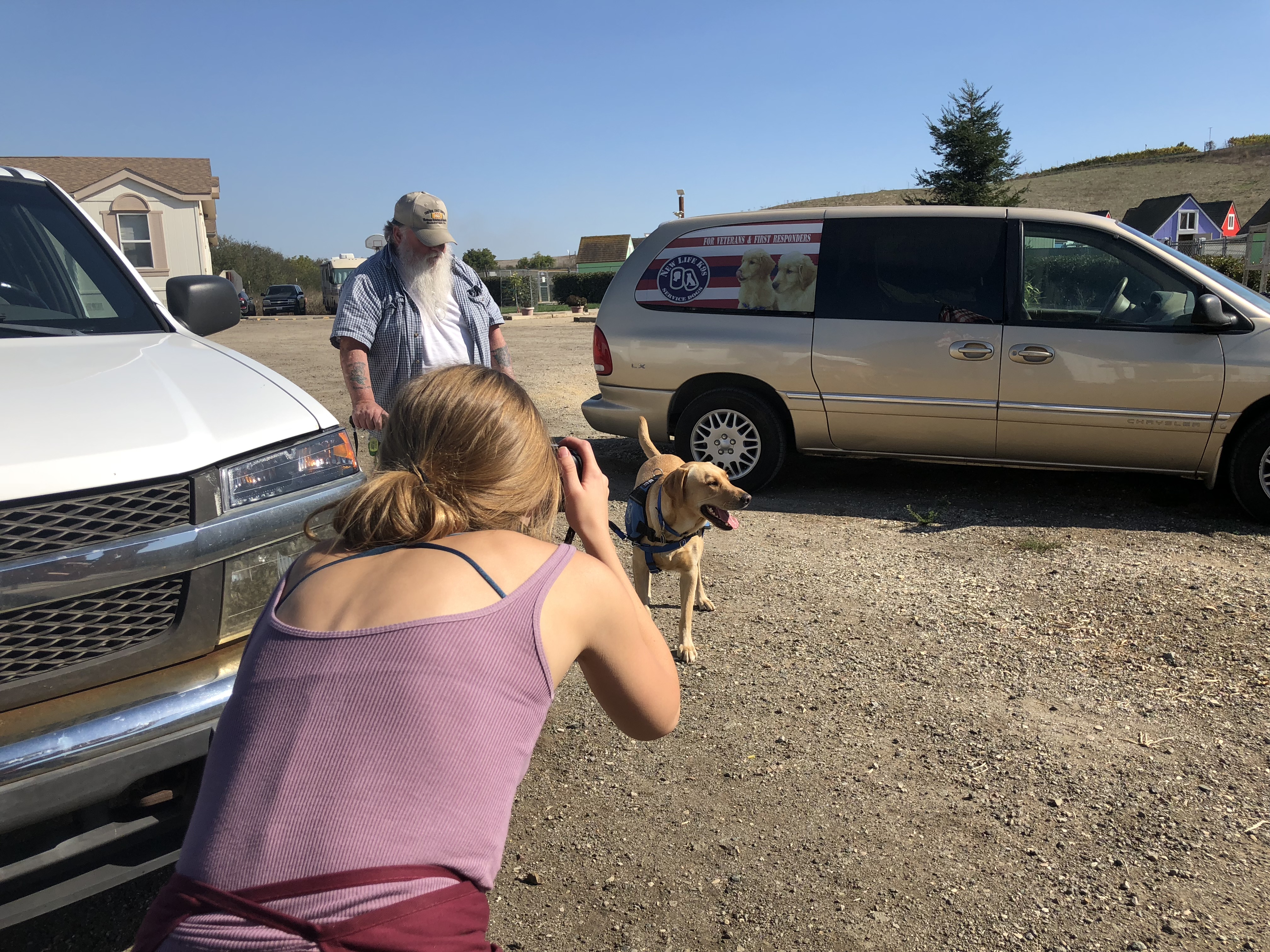 Overall, I would say that this project went smoothly. Every team member added valuable input to the project, and worked together as an effective reporting team that produced a great feature story.