It’s that time of year! Scrolling down Instagram leads to pictures of friends posing at the pumpkin patch, casually going apple picking, and sipping on PSL’s. It is common for female students to create a sense of happiness for themselves on social media. What they are actually enduring, however, can often be the complete opposite.

Girls Who Handle It  is a story about two women, Asia Croson and Julia Freet, who partnered up to provide a platform for female empowerment.

When we first found out about the senior project, Girls Who Handle It, my team and I were instantly intrigued by the idea. A platform for girls to come out and talk about their hardships, despite what they make their life out to be on social media. We agreed that we are all guilty of this.

We later found out the details of the project. Girls Who Handle it started as an art exhibit that documented female resilience in the face of personal struggle. The piece showed that women are often pressured to mask themselves under social media.  After diving into it, we all agreed this was the story we had to cover for our first project. Luckily, Molly was good friends with the photographer for the project, Asia.

In order to cover the story well, we each took on a different role. I covered Strategy and Engagement, the Interactive component was completed by Megan, Dylan covered the written portion, and Molly was in charge of Audio and Video. Diving into separate rolls helped us understand the mechanics of what a project like this entails. The amount of detail each role had to pay attention to was challenging, but we all learned a lot in two weeks. Because some of us had strengths where others had weaknesses, we were able to use each other’s knowledge to complete the difficult parts.

After deciding on our topic, we knew we had to get an interview with the founder of Girls Who Handle It, Juila. At first, we struggled to reach her. However, Dylan and Molly were eventually able to get a hold of her. From start to end, our group was solid on communication. Dylan did a great job keeping our group up to date. “Just had a great interview. We definitely have what we need for the teaser!” From there, the project was a breeze. 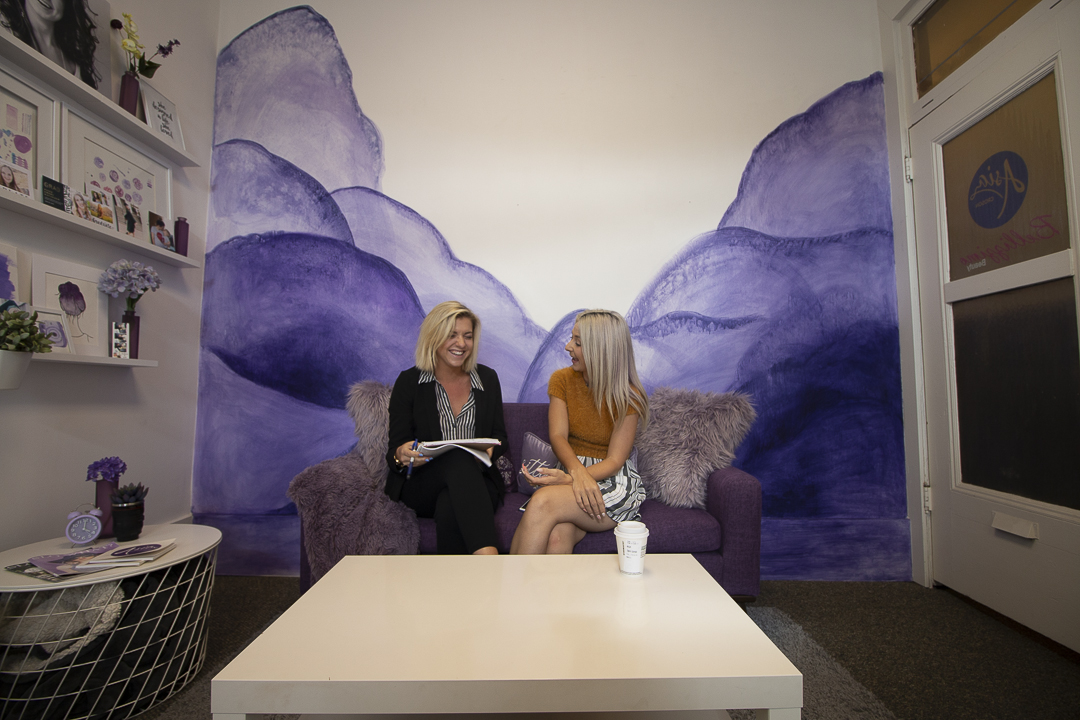 Molly lifted a rock from our shoulders after her KCPR interview, claiming “It was so easy!”

And Megan helped the team by always lending a hand. In an instance where Molly got stuck on Premiere, Megan was instantly responded with “I may be able to help!”

One challenge for Dylan was the ability to stay optimistic under the stress of a deadline. A similar issue for Megan was trying to make all of our schedules (from our teammates to our interviewees) work together. I think the communication within our team helped us overcome everything that got in our way.

Despite a few hiccups, I think the team did a great job on Girls Who Handle It! We are looking forward to rotating  roles on our next story.