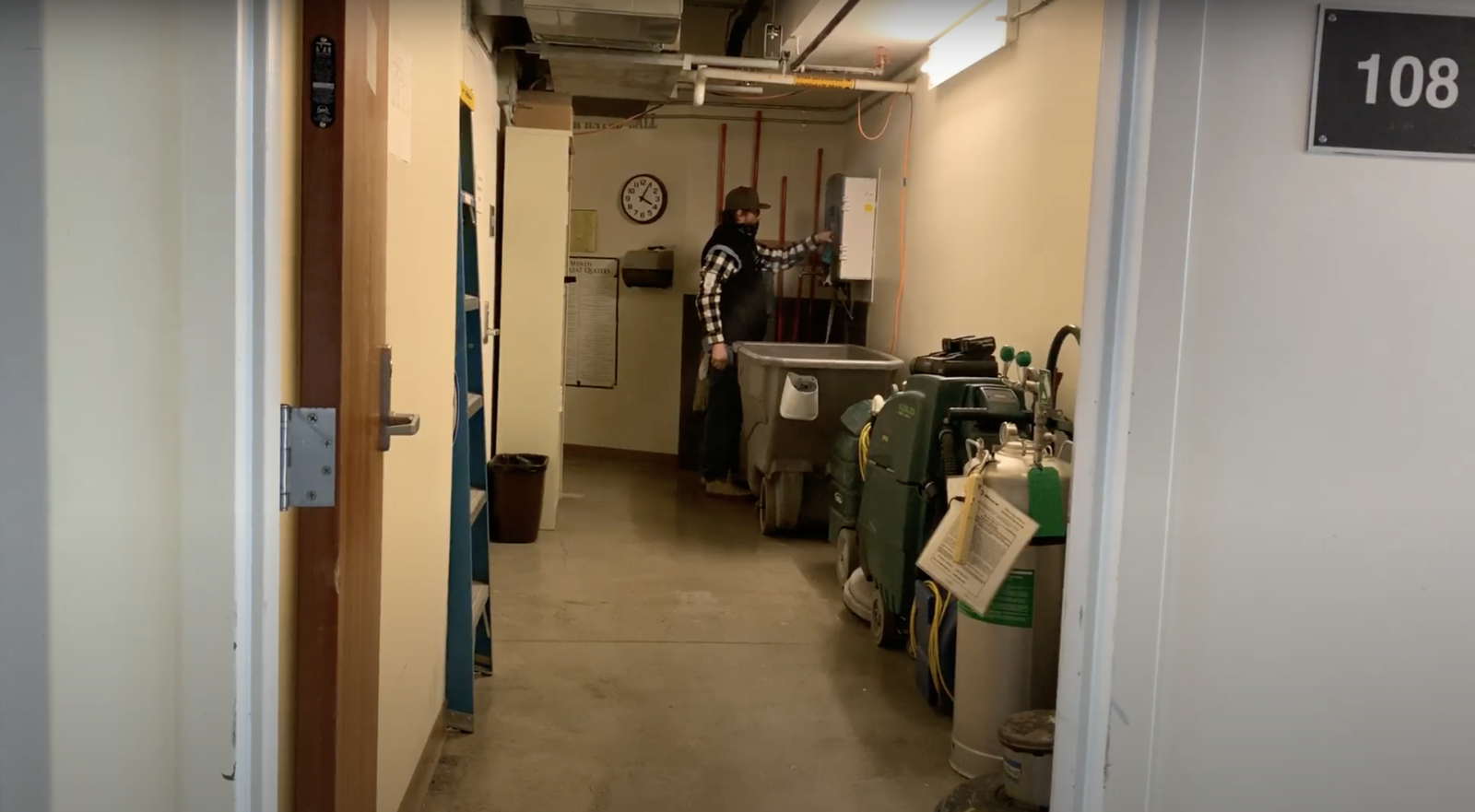 Producing a profile story in a pandemic comes with challenges that journalism students have never had to face before.

An essential part of journalism and reporting is contact with people, and now that comes at a risk. I chose to do two separate interviews with my subject, one transcribed and one filmed. The filmed interview had the audio meticulously mixed because I did not want to use a lavalier mic. I chose not to use a lavalier mic because using one requires close contact or transferring equipment and I wanted to make it as safe as possible. These are the precautions journalists must take in a pandemic.

Before I confirmed an interview with the manager for the Cal Poly custodial staff, I feared it would be a difficult task considering he is busier than ever. Fortunately, Jerald was happy to shed some light on the valuable work of custodians. Once the interview had concluded I realized that a reopened campus is impossible without the work of custodians. I told Jerald “your work is lifesaving.” He responded “it always has been.”

Another problem that I encountered was getting answers that resonated emotionally, rather than a logistical explanation of their work. The facts matter, but a profile story isn’t just about the facts, it’s about the people. Jerald understood this and by the end I was able to obtain some poignant quotes and develop a trusted relationship.

A lesson that I can take away from this experience is that no matter what problems may arise in the world, life still trudges on. Stories are still being made everyday, and as a result, it is our job as journalists to tell these stories regardless of circumstance. It is human nature to adjust, and while such drastic changes have given many of us whiplash, the show must go on.

“This year has been about adapting,” said Jerald.

Completing this story also made me appreciate all the parts that make a community function. Before, Cal Poly janitors worked throughout the night, hidden from the campus community, with only the smell of cleaner and vacuumed carpets as evidence of their work. Now, many of us realize that without the work of these custodians, a safe return to campus would be impossible.