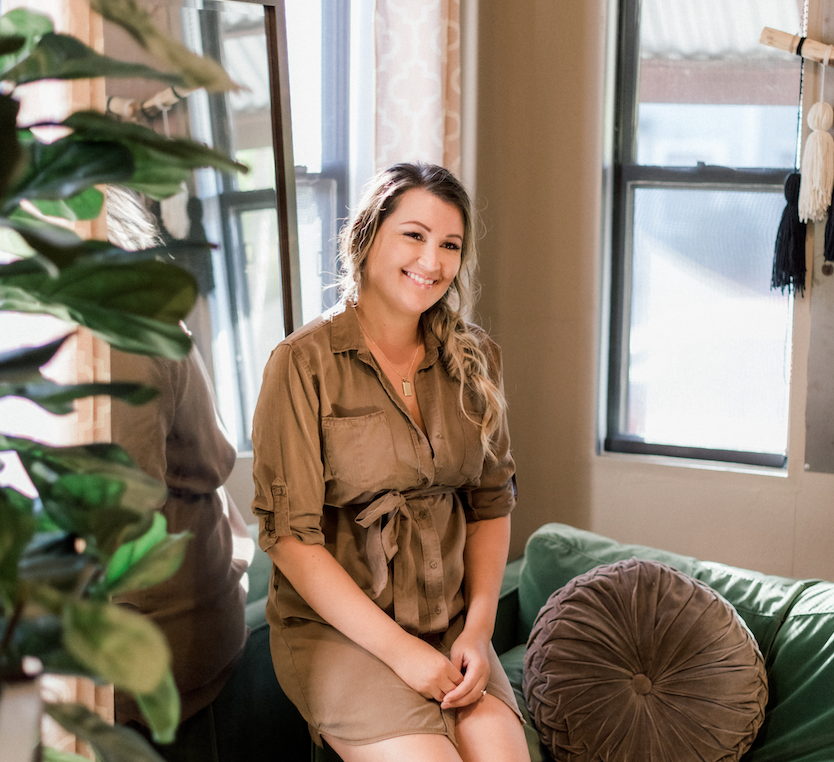 Haley Murphy, Owner of Organic Airbrush Tanning Salon (OATS), is a well-known local business owner and one of Cal Poly’s favorite tanning salons. I have been going to OATS since I started at Cal Poly and know how many students go to her weekly, so I knew that she was feeling the effects of the pandemic.

Over 60 percent of Murphy’s client base is Cal Poly students so when the university transferred to online for spring she was feeling the effects.

I knew that she had a story to tell so my partner and I decided that she and her business would be our focus for the last five weeks of spring quarter. Working with Murphy was great and she was so candid about everything happening. She opened up to us about all aspects of her business and gave insight into how hard it’s been on her, emotionally.

“I literally was like, my child, like oats is my child. I know that sounds stupid, but you know, when you’re so used to having that and then it’s gone, it’s like, it’s devastating. So I, yeah, I just learned to be strong through this and try to not worry about things that I don’t have control over,” Murphy said.

By the last few weeks of the quarter, San Luis Obispo County transitioned into early stage two which means certain businesses, including salons, can begin to reopen with proper precautions in place. OATS began to reopen and we were interested to hear from Murphy about what was going on.

“Nobody is booking. I think people are still weirded out by the whole thing and it’s going to take time,” Murphy said.

My partner and I learned a lot this past quarter. Working with a partner is difficult when you can’t be face to face. So having to interview and connect with a source is much harder.

“Asking questions through zoom and not being able to look a source in the eye and be near them is difficult. It helped that our interview was long and we became more comfortable as it went on,” Allard said.

I think this quarter not only taught my partner and I how to be better at communicating but to also be more flexible and willing to overcome challenges that may have been unforeseen.

“The last five weeks of this quarter were probably the most stressful, but also the most rewarding. Being able to tell a story that I am so connected to feels great,” Hardisty said.