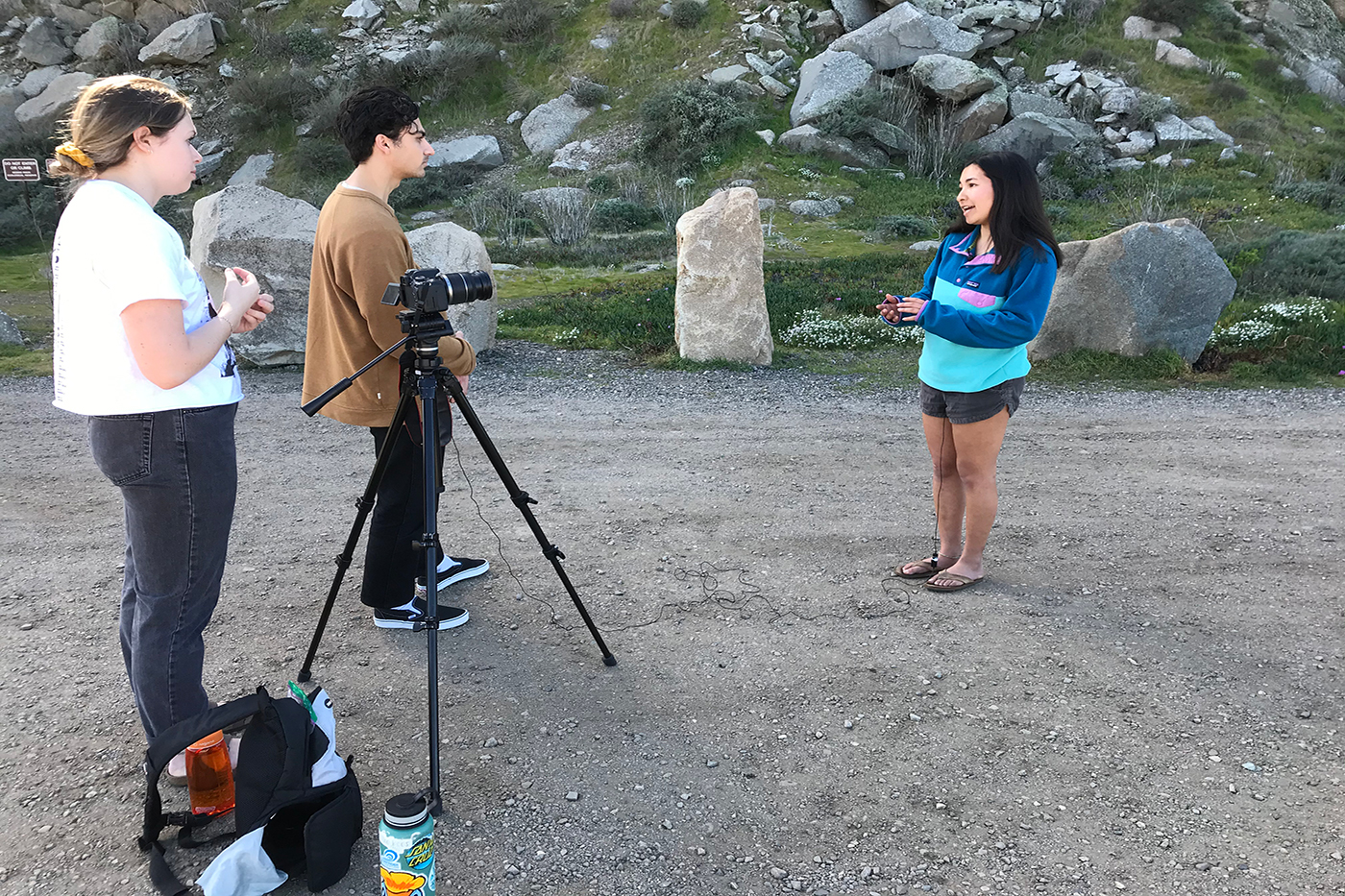 When my journalism 462 group set out to tell a story about recycling in San Luis Obispo County, there seemed to be a wide array of angles to tell the story from. From recycling on campus to the concept of upcycling, there was more than one way to tackle a story about the do’s and dont’s of recycling in our community. However, we knew one thing; China had recently stopped accepting recyclable material from the United States, and the impact was surely affecting the recycling industry in San Luis Obispo and beyond. But, the overarching questions remained — how?

We set out by scheduling interviews with individuals whose work revolves around the recycling industry in San Luis Obispo. One of the first interviews we did was with San Luis Obispo’s Integrated Waste Management Authority (IWMA) Program Manager Patti Toews. Our interview with Toews ultimately defined the angle that we decided to go with for our story. Toews explained that the reason China had stopped accepting our recyclables in the first place was because of a concept known as “wish-cycling.”

Just like that, we realized the biggest problem with the recycling industry was the fact that individuals attempt to recycle materials that are not recyclable. Toews was incredibly passionate about the subject and every member of the group walked away feeling like we had just learned something that we had not known prior.

“I have learned so much [about recycling],” Jakob McQuade said. “This information of knowing how to properly manage your waste is information that I think is worthy of being published in the news as people truly should know and understand it.”

After speaking with Toews, we decided to narrow the angle even more. We wanted to relate the problem to Cal Poly’s campus and Cal Poly students. As a result, we set out to interview to individuals who deal with recycling on campus. First, we spoke with Anastasia Nicole, who is the coordinator of the Zero Waste program on Cal Poly’s campus. While Nicole acknowledged the goals for the Zero Waste program had fallen short, she offered incredibly useful advice for Cal Poly students to help the campus achieve its goals in the future.

Finally, we wanted to talk to a student who could offer their own input on the problem of recycling on Cal Poly’s campus. Amanda Gersoff is a member of a sustainability-focused group on campus called Cal Poly Eco Reps. Gersoff’s inclusion in the story not only informs readers of Eco Reps existence, but adds a student voice to a topic that is incredibly broad in nature.

In order to best convey our storytelling approach, we wanted to tell an aspect of the story visually. Our initial goal was to go to a recycling plant and capture visuals of the recycling process as a whole to use in our article. However, after learning that we were not allowed inside the plants, we had to regroup and think of another option. Monique Ejenuko, who was tasked with the multimedia role, went and spoke with a Mustang News editor to address the issue.

“Getting to sit down with an editor made me realize how important it is to take a step back from what I think is effective and accept critiques from others,” Ejenuko said, “[Multimedia] is not an easy task considering you can get easily caught up on the aesthetics of interactive elements.”

Ejenuko eventually found the right approach to bringing visual elements into our story. She plans to make a multimedia graphic explaining common items you can and can’t recycle. Brooke Cashin, who was in charge of the audio/video portion of our story, also had a similar experience as she eventually changed her video focus after getting input from others.

“I changed the theme of the video after sitting down with Brady and Jakob, but I am glad I did because the final one conveys the information clearer,” Cashin said. “This project was definitely a learning curve for me since audio/video is not my strong suit.”

While my group members set out on this story with no clear angle and a wide variety of approaches, our incredible interviewees made it clear that the biggest problem was when it comes to recycling in our own county and beyond is “wish-cycling.” I think I can speak for the rest of my group when saying we are satisfied with how the story’s angle came to be and the facts we learned along the way.

“I learned a lot about wish-cycling,” Cashin said. “I am changing my habits for sure!”