Every quarter, Cal Poly students work on a senior project specific to their major. For some, that can be creating a new product or writing a thesis, but for Emily Rosa and Alex Broedlow, it was bringing a huge event to life. Rock the Vine was the first boutique wine farmer’s market and it was created by Rosa and Broedlow in conjunction with SLO Brew Rock. 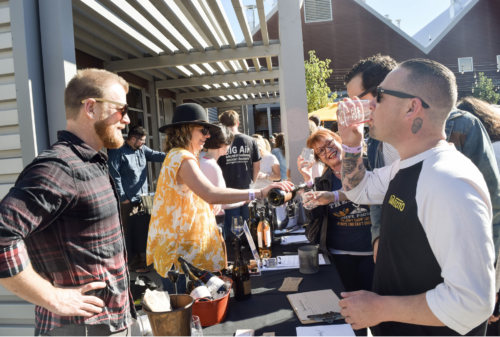 As the strategy and engagement position, I began my search for information by going through the Rock the Vine event page to find more information and contact sources. From there, I was able to get in contact with Rosa and Broedlow, who had both reiterated that they wanted to give boutique wines, wineries without tasting rooms, an opportunity to interact with the SLO community. After talking to them and a few other sources I reached out to, I passed along the information to my team so that for their sections they were able to get in touch with the right people.

From there, I complied a list of articles that had covered our topic previously, such as this SLO Tribune piece, and gave a detailed description of how we can make our coverage of the event different than what had already been written. Since all the articles about Rock the Vine had promotional piece prior to the event to increase ticket sales, our piece would be different as it would cover how the event was created and how the actual event went.

I reached out on Facebook, Reddit, and Twitter to other Cal Poly students to gather information on their opinions of the event, which yielded a few responses.

Our journalist responsible for the written portion of our project, Ysabel Sullivan, had known about this project for months. As a result, she was really able to get in depth as to how the seniors planned and executed this event, but was also able to give us good perspective form the SLO Brew point of view and the wineries involved.

Sullivan attended the event in which she interviewed and observed the organizers, attendees and wineries, “I really enjoyed working on this project because it was amazing to see all these communities of SLO come together. The girls had worked so hard for so many months to make this event successful and it was great to see that happen for them” said Sullivan.

Greg Llamas, who worked on the multimedia section of the project, set out to create a time-lapse from an elevated position and a three piece audio and visual set. He thought the story was “interesting because it was about a senior project that seemed successful.” 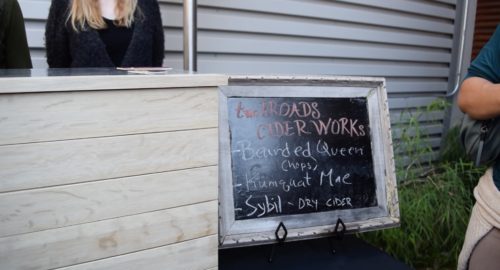 Frances Mylod-Vargas, our videographer, followed attendees, organizers and wineries throughout the event to capture what it was like to be there, “it was pretty cool to be able to witness the production of the very first Rock the Vine event. Alex & Emily were so excited, as well as the wineries and event goers. It was a fun atmosphere to be apart of!”