·      Sydney Leroy dicusses her different sound that she wants to share with KCPR.

KCPR trainee learns how to express her sound while training to be a Dj.

Walking around the dimly lit room Sdney Leroy, horticulture junior, rummages through the different file cabinets looking for songs to play during her first hour set on the “Biba Pickles” radio show.

Leroy is filling in for the regular DJ with her mentor, as she is a fresh trainee learning the ins and outs of the KCPR radio station.

After selecting a song with the occasional nod or two of approval Leroy explains why she believed joining KCPR was the right move for her.

“I really love making playlists of different kinds music and I thought getting experience working in this station would be a great opportunity,” Leroy said.

Fifty Yards Away is a music blog that Leroy has been keeping up for more than a year and this is where she feels that she can share her taste in music that she describes as “a little out there”. The name Fifty Yards Away came from the band Throbbing Gristle’s album Not Part Two - The Endless Not.

“I was very drawn to the idea of sharing my music with other people since it’s a little out there, I listen to a lot of dark music,” Leroy said.

The genre of music that Leroy finds herself listening to the most is industrial the sound of noise, as she puts it.

“I like things that are deconstructive, things that don’t really have a melody,” Leroy said, “and I think that’s why I like it here in the station because I can express my style of music while sharing it with different people.”

Leroy’s appreciation for the different sounds that not everyone enjoys comes from her open mind when listening to different genres of music. 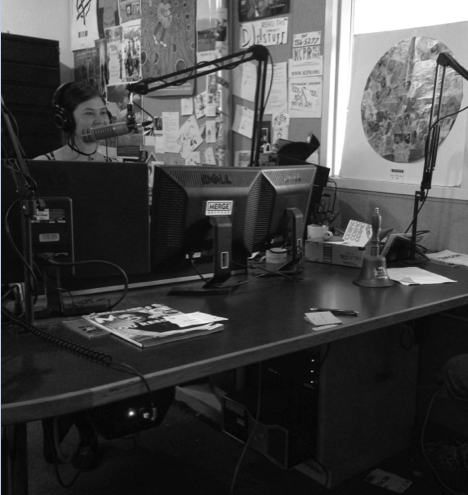 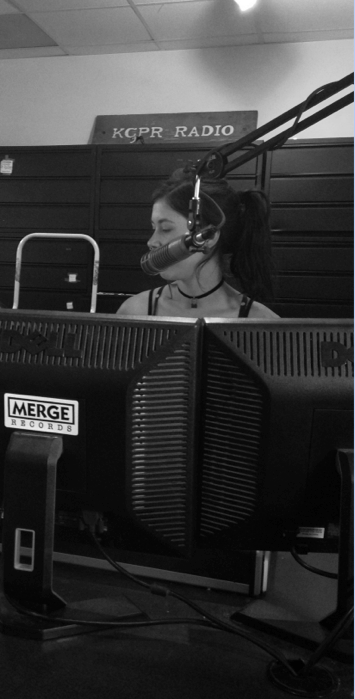 To Leroy this may be a little bit strange but it makes her feel comfortable in whatever she is doing.

“I’ve found that I tend to like things that are of a different frequency,” Leroy said. “I tend to pick up on noise that isn’t really there or sounds that people don’t normally hear.” 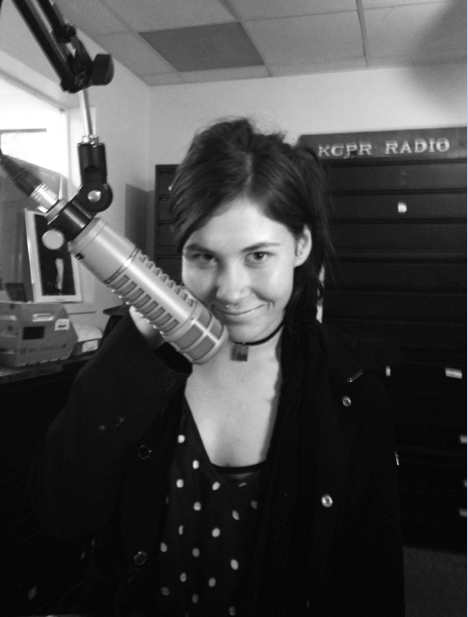 Leroy’s mentor Roxanne Hoffman, production manager of KCPR and mechanical engineer junior, explains her experience with being a trainee’s guide.

“Training is an experience, I mean you never really know what to expect with KCPR at first,” Hoffman said. “You never know if there is any order or if there’s going to be chaos, you know? Or a science as to what’s being a good DJ.”

As Hoffman speaks she is calmly watching over Sydney and commenting on certain CDs that are required to be played.

She feels that sometimes you feel a sting of jealously in the fact that you have to share your show with someone else.

“You realize that this is the only way that they are going to learn before they are on there own, trail by error,” Hoffman said.

Hoffman explains that the way in which she trains is a process. When she feels that the trainee is ready she will then sit back and watch how they perform, correcting what needs to be corrected.

“Sometimes I have epiphanies as to what I should show them along the way,” she said, “but observation is key.”

“It’s a sixties girl band show but I wouldn’t say its an oldies show,” Hoffman said. “It’s something I really wanted to have because the station doesn’t really have anything like that right now.”

There are a lot of aspects that Hoffman teaches her trainees about:

·      How to choose which music must be played during a time slot.

·      What time to speak to introduce the music played after a certain amount of time.

February 15, Hoffman played an instructional video called “How Do You Know This is Love” during the “Dum Dum Ditty” show.

Hoffman laughs at the oddness of the statement but reminds herself that some days that will evidently happen.

“We all have a different sound and I think that Sydney is doing something great,” she said. “She’s sharing her taste with others because there are more people out there that pick up on different frequencies as Sydney puts it.”

Leroy’s Guide to being a Dj 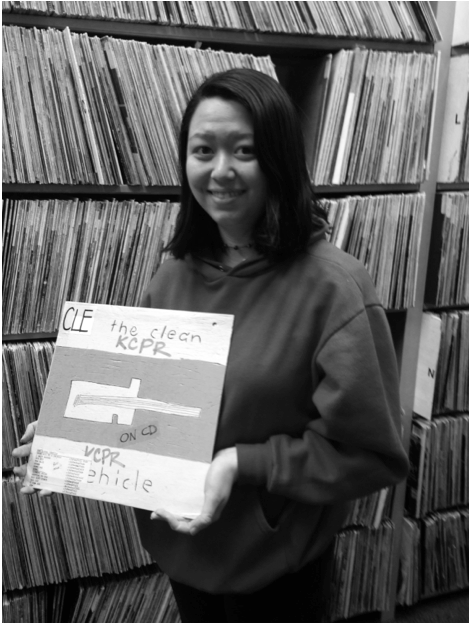 “The video said something like you know when it’s love because it’s mature or the person is mature,“ Hoffman said. “So this guy calls in and says ‘well I thought you know when it’s love because you get that tingling feeling down below’.”
Melanie Ingram, English junior, has been a Dj with KCPR for two years. Working alongside Sydney she fells that the fresh sound that Sydney is bringing is perfect for the station.

“We have a lot of different music likings within the station but I never really heard of industrial music,” Ingram said. “With Sydney displaying her music taste during her time slot I think it will attract a different to the station.”

Sydney’s Peer
Home (back to the fun)