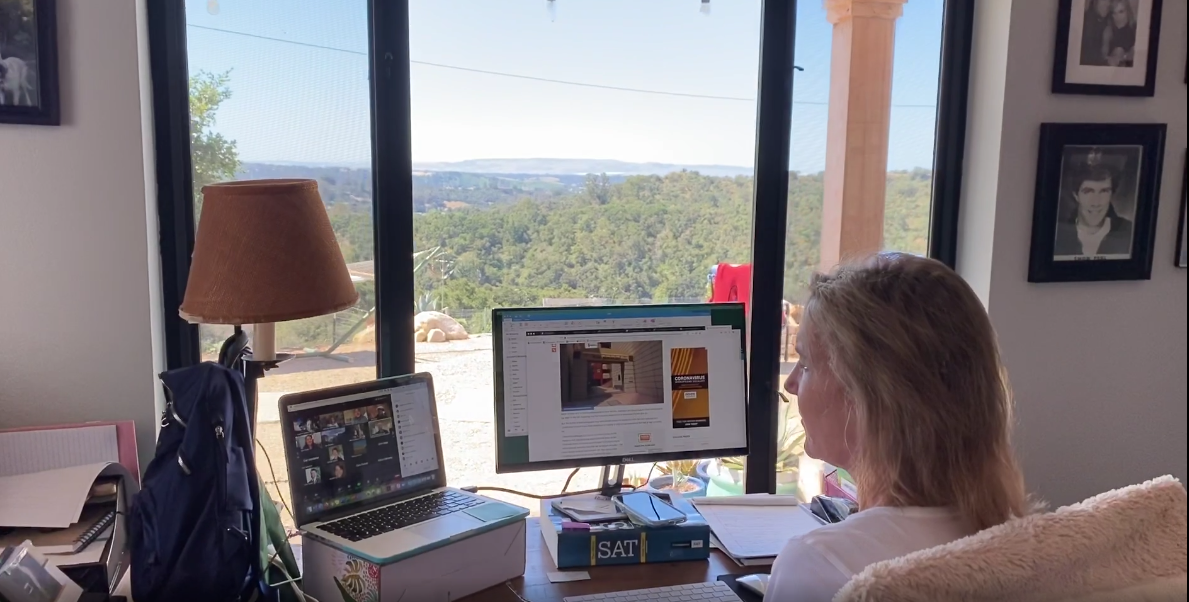 I remember attending one of my Cal Poly ASI work meetings in the beginning of March and hearing my supervisor solemnly mention that there was talk about campus shutting down in the future. I had heard rumors and knew that COVID-19 had become a global issue, but I admit, I scoffed at the idea of campus closures. I mean, how would we manage to pull that off?

Yet, here we are. I entered my last quarter at Cal Poly (which consisted of almost entirely capstone, project-based courses) with a shattered iPhone and a Chromebook that couldn’t download Zoom properly. Like many others, I was juggling the new online learning environment, technical difficulties, losing my job, moving out of the apartment I could no longer afford, and mentally processing it all in a matter of weeks. Since it happened so suddenly, part of my processing included reaching out to other students and getting a general idea of how they were processing.

What I found was this: they were frustrated.

It’s hard to be understanding when you feel like none of the questions you’re asking are being answered. Some students felt blindsided by the administration, some felt taken advantage of, some felt robbed. Unfortunately, Cal Poly leadership wasn’t able to offer as much comfort as I’m sure they wish they could have. They simply did not and could not have the answers to an ever evolving global pandemic. This is why I reached out to Kathleen McMahon, the Dean of Students and Senior Associate Vice President for Student Affairs.

I wanted to give Kathleen the opportunity to speak to students through this platform. I wanted to share the perspective of someone who is in executive leadership at Cal Poly and humanize their experience. When I met with Kathleen over a Zoom meeting, I could tell how deeply she cares for Cal Poly students. Something I wanted to highlight is that I know it’s hard for students. But it was also hard for everyone else. Stefanie Fischer, an economics professor at Cal Poly, said it well in a recent Mustang News article, “We don’t really know what happens following a pandemic.”

Kathleen could not have predicted this any better than we could have. Just like all of us, she was told to leave campus and not return. As a leader of our community, she went through the same emotions of shock, frustration, anger, and confusion. She had to relearn a new way of life, she had to adapt to an environment that she did not prefer, and she had to face these challenges head-on.

“You know, we would watch the briefings and literally we would have a plan in the morning that we would start taking action on. And then at our four o’clock meeting they would be like, just kidding, guess what? We’re going to pivot and we’re going to actually start this way. We would think we knew what was happening, and then at nine o’clock that night, something else would happen. And when we met again at 9:00 am and we were pivoting again.”

If there’s one positive thing I think can come out of this situation in our community, it’s extending compassion and grace to one another. I know when emotions are high and people are upset it feels good to point the finger. But I think that this can be a time where all of us can challenge ourselves to listen to a variety of experiences and try to understand them. Not just with students and leaders, but between student and faculty, within your family, with that one politically agressive person on Facebook, or anyone who thinks differently than you.

We all must strive to achieve a standard, but I think there is something beautiful that can grow in this season we are all going through, not just as a community, but as humans. I genuinely enjoyed getting to talk with Kathleen and hear what her struggles and achievements have been during this time. One of my favorite things she mentioned is how much gratitude she has for the situation she’s in. Although it’s not ideal, she recognizes the privilege she has to still have her job, her family, and her health. She still has many unknowns in the future, as do we all, but she is dedicated to supporting her community. I learned that we are all much more adaptable than we think we are, and that is quite a hopeful realization.