The Cal Poly Mock Trial team could not stop telling us about Sam Fisher.

Sam Fisher, the drug dealer, who held a gun to a woman and forced her to murder her own daughter.

Sam Fisher, who is not real.

“It beat two of the best teams in the country,” Enzo Bak-Boychuk said. “That alone beat two teams that might become the national champions. And it’s only because we obsessed on it, we looked at it, we found any hole [we could].”

Bak Boychuk, the club’s vice president, created a winning formula on the drive home from an earlier tournament. In the club’s first ever Opening Round Championship Series appearance, they used “Sam Fisher” to beat both two top mock trial programs, Stanford and Arizona State University. 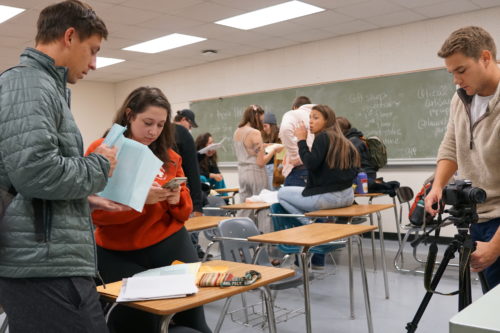 “I watched tons of documentaries on Casey Anthony, O.J., Aaron Hernandez,” history senior Noah Hayes said. “All of their defense people make up these theories about some random person that they’re dealing drugs with, who pushed them into it or actually committed the crime. It’s never actually true, but people believed it.”

It took a bit of explaining for us to fully understand, but hearing members talk about this strategy helped us realize the love that these students had for the Cal Poly Mock Trial team. The strategy was to take a scarcely mentioned name from the 200-page case file and build a whole character around it, using “Sam Fisher” to discredit the prosecution’s case.

“That alone beat two teams that might become the national champions.”

Team members called it crazy, stupid and ridiculous. But it helped them shock the mock trial world. Fresh off of missing continuing deeper into the postseason by just one point, the team members were buzzing. It was easy to see how much they loved mock trial and enjoyed working together.

“I really enjoyed learning all of the ins and outs of a trial and educating myself on legal terms as well as taking the time to educate our potential readers,” Natalie Weiss said.

While the team did not move on, most members said they were proud of their accomplishments. Their final meeting of winter quarter was brief. The club officers went over the club’s performance and plans for the coming weeks. Despite the short meeting, many members stuck around to talk and catch up while we conducted interviews.

“I really enjoyed listening to their different personalities,” videographer Jay Cuccia said. “You can tell that they are such a tightly knit group of people, which definitely plays into how successful they were this season. They developed this murder case and practiced two hours a day four days a week for the past three months to perfect it. They beat some of the best teams in the nation, and went further than any other team in years.” 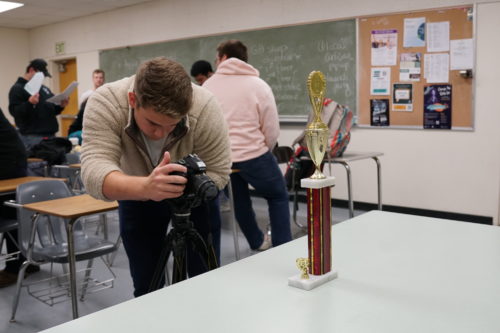 Hearing the students talk about their love for the club was fascinating. They brought us into the world of mock trial, something they all equally said was extremely impactful on their lives.

“The team was so cooperative and I learned so much about a group I had no idea about initially,” writer Allie Rohlfs said. “It was easy to write this story because they had so much personality and a great dynamic.”