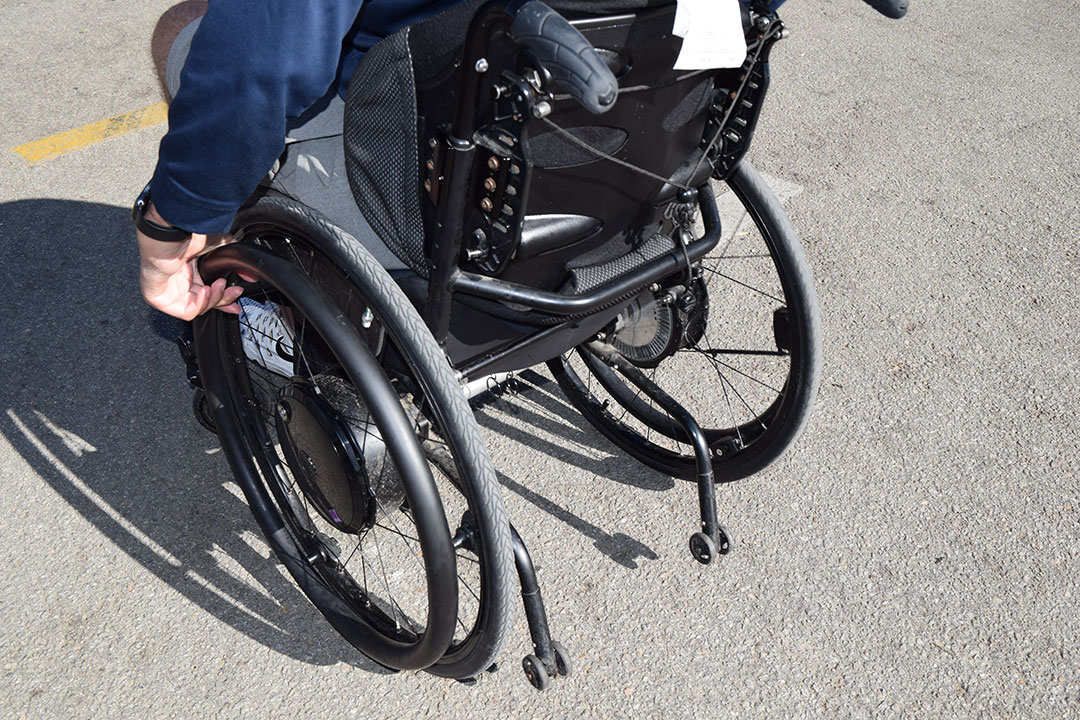 In the past, our group struggled to figure out what topic to choose to write a story on, but we knew right away that doing a story about the reality for students with disabilities on campus was a must. However, the one thing that we struggled with was the angle we were going to take. We knew that we were going to write a story on figuring out exactly how compliant Cal Poly’s campus was to the American Disability Act (ADA) for those who were physically disabled.

From conducting the community engagement report, I found that a lot of students were curious about what exactly complying to ADA meant and if it was different for college campuses – especially since Cal Poly’s campus is difficult to maneuver for able bodied students with the constant construction going on on campus.

Spanish professor Karen Christian-Munoz said she was curious about specifics about “making the material more accessible.”

“I would like to know what the limitations are for professors with respect to compliance because it has not been clear to me at all. I get that we are following compliance rules, but there are some cases where I have thought to myself that this isn’t right and should be changed,” Christian-Munoz said.

Initially, we thought that we were going to write a story through the eyes of the student who was hit by the car in front of the Performing Arts Center and now has a broken femur, but he got cold feet and decided he did not want to be interviewed. After looking for the right person to tell our story through, we met up with Jake Javier, a Biomedical engineering junior who was paralyzed from the chest down before his freshman year and now uses a wheelchair to get around the campus hills.

“In the beginning, it was definitely a lot of just trial and error and like figuring out which ways to take but by now I know like exactly where to go. And honestly, like, when I have to go up a hill kind of sucks, but then going down, it’s pretty cool,” Jake said.

Allison Prewett said that “it was really interesting to be able to see how Jake gets around such a hilly campus on a daily basis!”

In hearing his story, we figured out that campus is more unfriendly to the disabled than we ever thought. According to Jake, most people “will just be walking around and not even notice,” but he has trained his eye to see it now. For instance, something like “a big lift in a doorway or if a curb doesn’t have a curb cut in the right spot” can really inconvenience someone like Jake and force them to find ways around campus that will work for them.

“It surprised me to learn the different ways students navigate campus,” Kailey O’Connell said. “It really opened my eyes to a new point of view that I definitely won’t forget anytime soon.”

As we got more into the story, we realized that we wanted to find out more about buildings that are considered ADA compliant, but are still difficult to navigate and exactly what Cal Poly’s plans were to make campus more accessible to the disabled in the future.

Because of this, we reached out to the university’s Facilities Management and Development team and were put in contact with Supervising inspector Mike Hogan.

“Being built on a hillside makes ADA [Americans with Disability Act] pretty tough to achieve, but we are doing our best,” Hogan said.

Currently Cal Poly is working to update the restrooms and other physical accessibility projects on campus to name a few.

In putting out this article, we want to bring attention to the hardships that those with disabilities face on a day to day basis – as if being a college student isn’t enough.

“After talking with students and experts on ADA compliance, I learned so much,” Sam Spitz said. “There are so many things I never even thought about and I hope this story brings awareness to those types of things.”