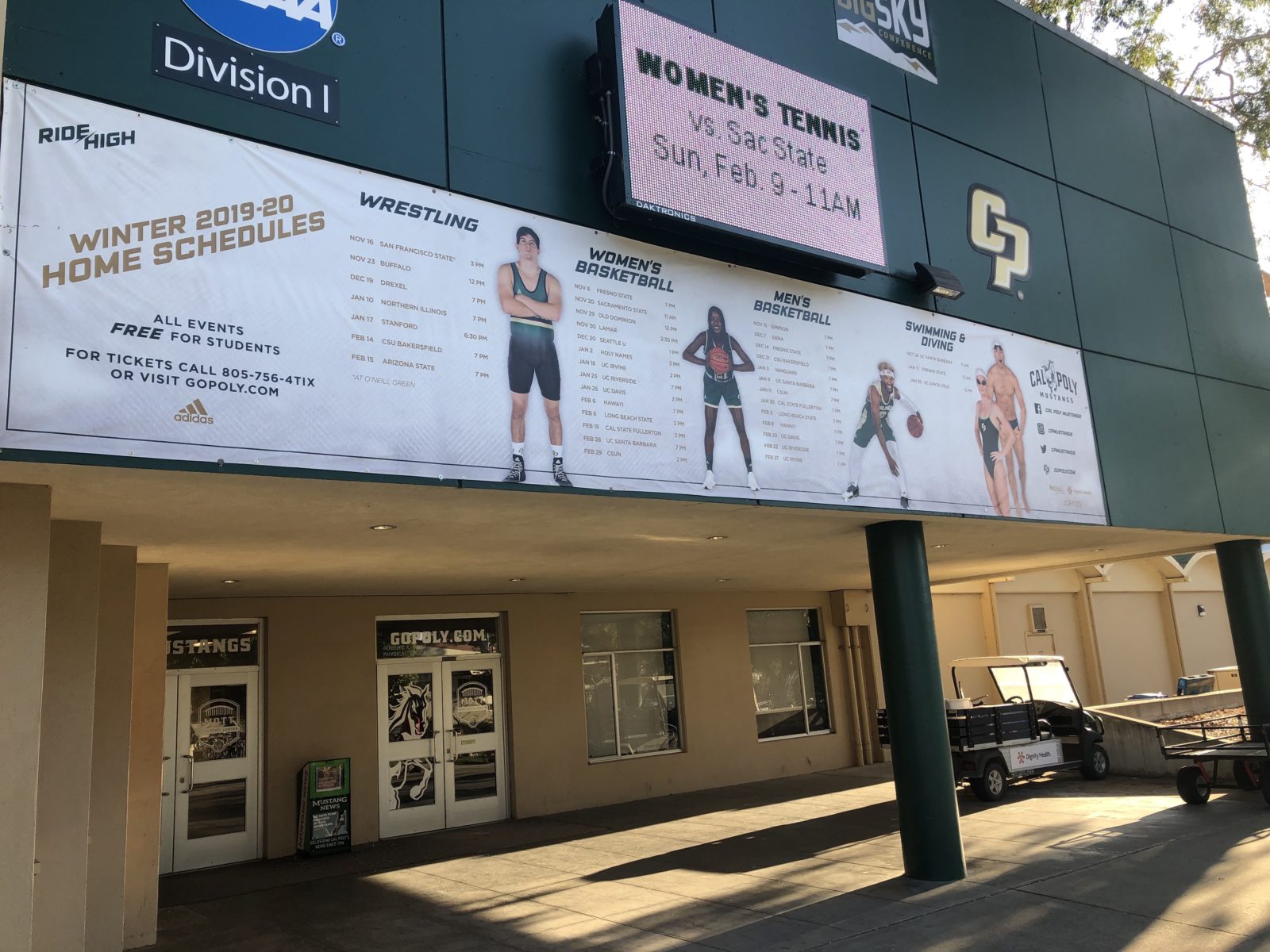 When tackling this first assignment, we weren’t sure exactly what angle to take on it. Do the changes in head coaches affect the players or the staff more? How is Cal Poly’s culture as a whole changing, or how is it affecting each specific team? After much thought, we decided to break it down by each level to get a well-rounded view on what these transitions entail.

We started by identifying who the key sources would be for the story. Of course, Athletic Director Don Oberhelman was our number one choice, but we needed more than just him, so we brainstormed several head coaches and players that we could also talk to to get diverse perspectives.

Then it came down to actually getting ahold of our sources (a.k.a. the hardest part).  Oberhelman was surprisingly easy to schedule a time with to meet, as well as the other head coaches and players. We were not expecting Oberhelman to be openly available for a personal interview, but we were able to snag a time with him before he was on-the-go again.

“Looking at the two programs, I thought this one would be better for a continued trajectory of success,” Walters said. She was not the only one who had this opinion. Oberhelman and Men’s Basketball Coach John Smith said they see a bright future in Cal Poly athletics also.

However, our interview with Smith did not come together as smoothly as the others. The interview was rescheduled a few times, but we finally got to speak with him on Wednesday afternoon. The interview was cut short. Without warning. We were thrown off when in the middle of the interview, we were told to wrap it up due to Smith’s other obligations. We complied but weren’t excited about it.

“Scheduling interviews was difficult. We wanted to get a lot of sources, and since some of the coaches or players are in season or otherwise busy, we had to get our interviews quick to get this story in,” said multimedia manager Brian Truong.

Aside from the inconvenience, we still gained many perspectives on the head coach transitions. The general attitude around the changes was highly positive and appreciative for the opportunity.

During the process, our team developed new skills along the way. Our audio/video manager of the story Allie Rohlfs reflected on her experience during the last two weeks.

“Figuring out how to create the social video and do new things on premiere was probably the most difficult part of the process for me,” Rohlfs said.

While Rohlfs experienced a learning curve when editing the final video, she still managed to produce a high-quality final product, growing a lot along the way. The final video can be seen here.

Our written word manager, Jay Cuccia, thought that the entire process and learning about the sports department was very interesting.

“The most interesting part was definitely listening to Don, and how open he was about speaking about the new hires and athletic program in general,” Cuccia said. Rohlfs agreed with him.

Truong said that his favorite part was “talking to the players. They talked about how getting a new head coach can make them nervous or worried. It was interesting because it showed just how important finding the right head coach is.” Personally, I agree with him. It’s always refreshing to see a perspective from the other end of the stick in situations like these.

Overall, the process of putting together this story felt a little hectic at times, but it was definitely worth the challenge and experience. Hopefully, I won’t have to triple-email the athletic director ever again, or he might start to think I’m a crazy person.