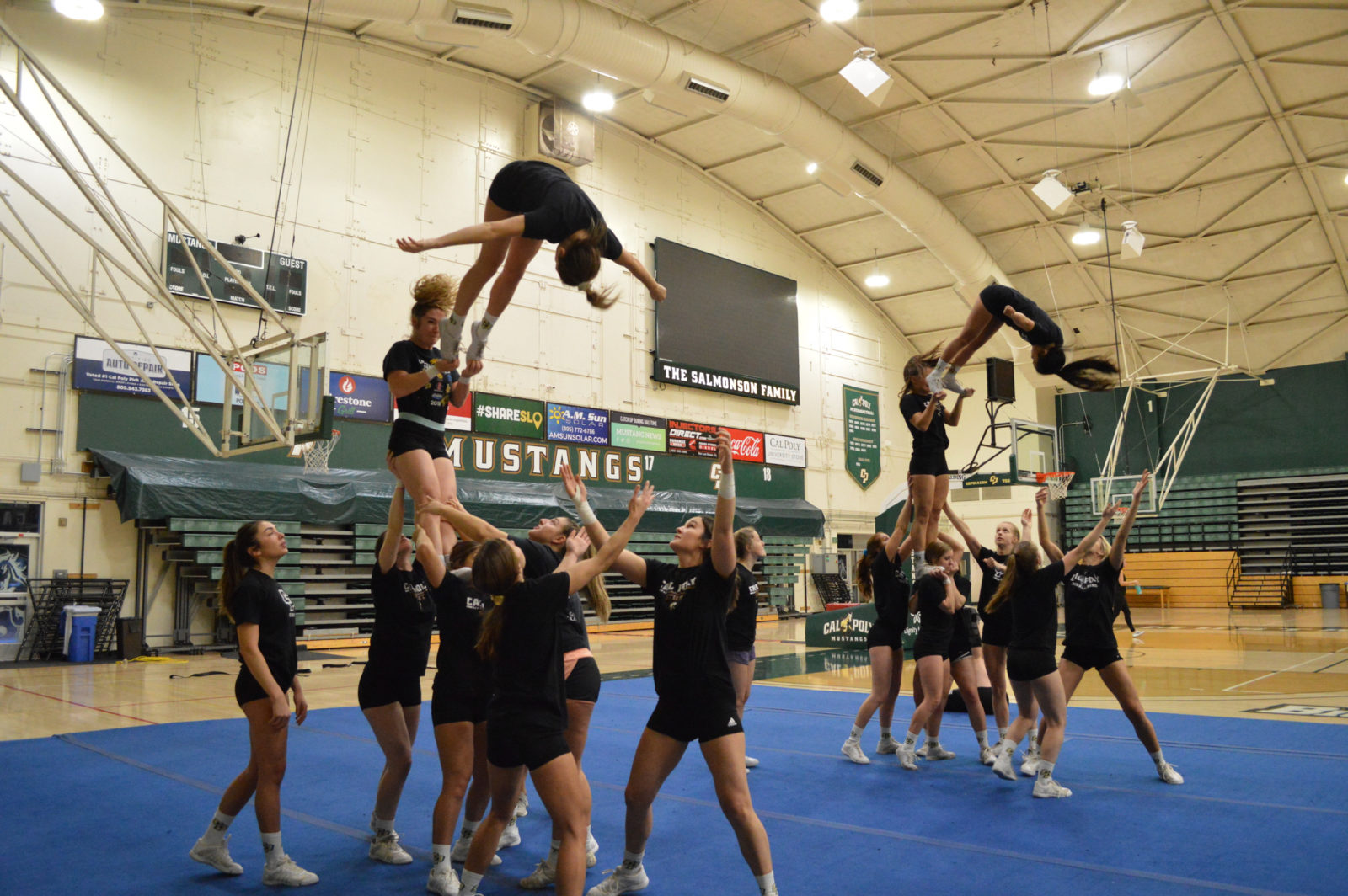 The brainstorming process for this story came about quite naturally.  Everyone in our group had solid story ideas for our multimedia story, yet ‘The Reality of Cheer’ seemed to grab more attention and interest.  One of our group members, Kallyn Hobmann, suggested we write on cheer after watching the new Netflix series ‘Cheer’. 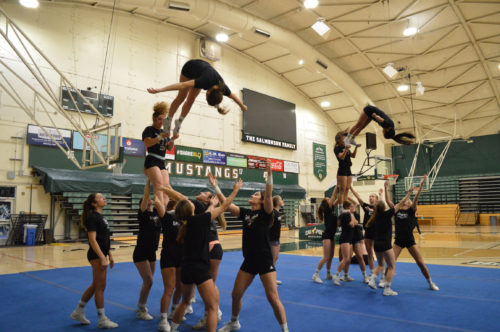 What sparked our curiosity for this story was initially the docuseries, considering it was getting a lot of attention highlighting the intense stunts that these ladies perform.

“I think we went with this topic because of the Netflix docuseries ‘Cheer’ that makes the topic current and relevant.  We wanted to see if the Cal Poly Cheer Team could relate to the severity and intensity shown in the series and if the injuries portrayed were also a reality for them,” Megan LaChance said. 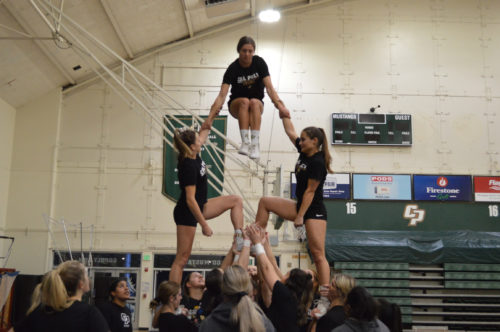 Our group took some time to see how we would approach this story.  There were a handful of different angles to choose from so we decided to shed light on cheer and stunt as a sport to give people a different perception of what these women are doing.

Scheduling interviews and meeting with the coaches and team was a bit of a tedious process.  Eventually we were able to meet at Mott Gym where they practice.  We got some footage of their routines and talked to a few of the team members regarding their experiences with cheer and stunt.  Personally for myself and my group members, we were blown away by watching these ladies practice.

I always knew that cheer and stunt required more than just cheering on the sidelines but did not realize some of the stunts that these ladies could perform.  From flips to being thrown in the air and catching one another, it is no wonder cheer has so many injuries.

“I was shocked at the amount of injuries that the cheerleaders have sustained and how many members on the team have been hurt.  I did cheer in high school but I was amazed at the intensity of cheer at the college level.  I was also impressed that injured members still attend each practice to remain supportive of their team,” Charissa Rotkosky said. 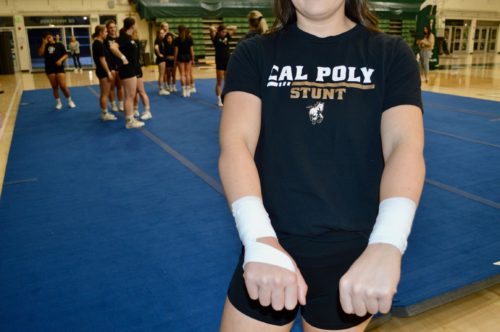 Before our group began planning for this story, we did some research on cheer and what all it entails.  We found that cheerleaders sustain more concussions and head related injuries than football players.  It also has more common injuries than any other sport combined.

We talked to team member, Jamie Stapf, regarding injuries that she has had in the past and is currently dealing with.  Despite being knocked down and the high probability of falling to injury, she still pushes through and tries to not get discouraged.

“You feel personally responsible for the team struggling after an injury…depending on the injury, you can play through it and deal with the pain or do your best to take care of it and heal in a short amount of time.  It is almost an obligatory feeling to get yourself fully healed,” Stapf said.

From early brainstorming, to last minute edits and critiques of this piece, our group worked well together.  Communication was a key factor for the success of this project.  I think we all executed our jobs thoroughly and we were adamant about keeping each other updated throughout the week.

“Overall, this was a very positive experience as our team worked well together throughout the entire process and everyone collaborated with each other to get each job done,” Hobmann said.