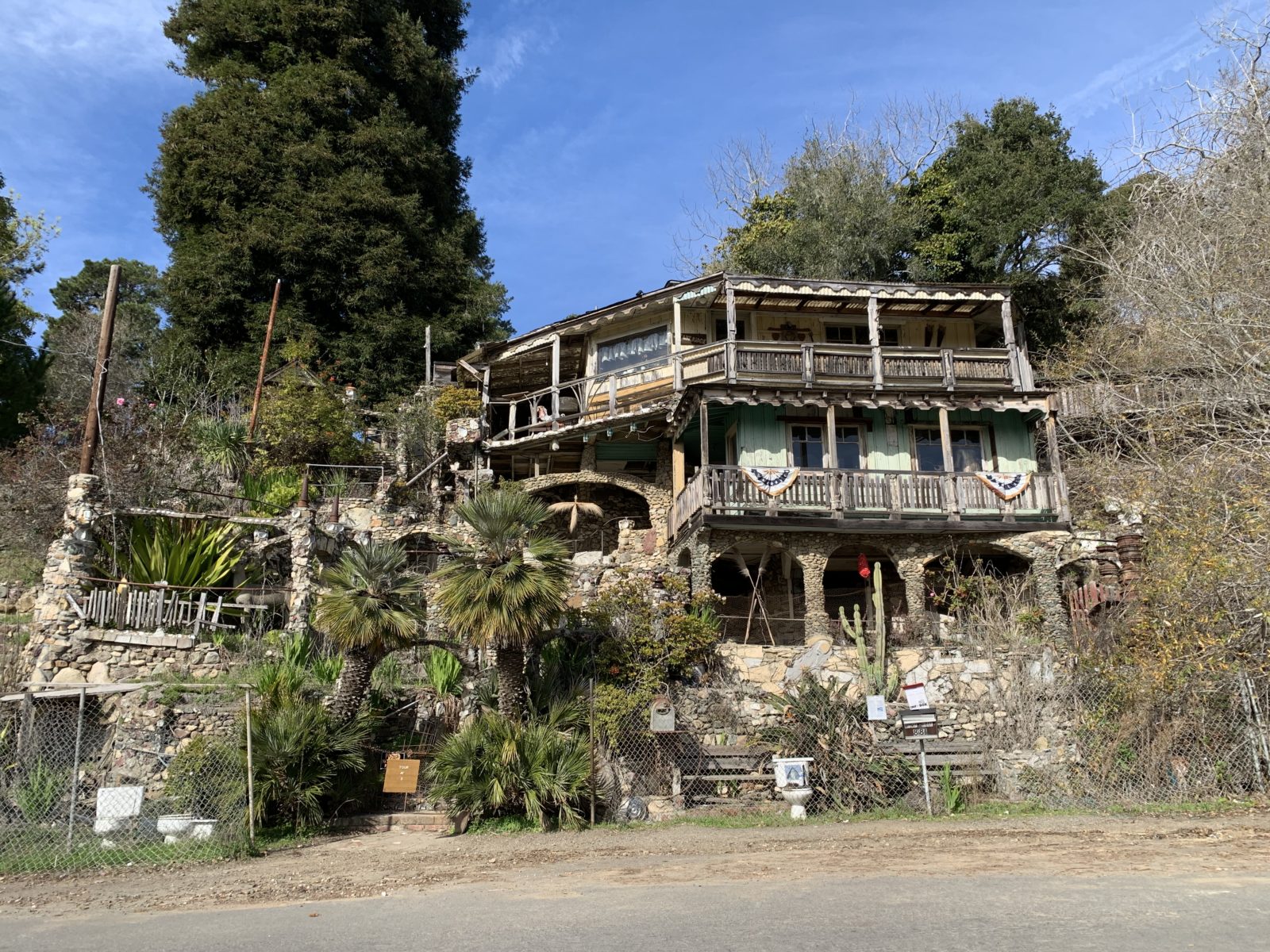 We had some difficulty determining what to cover for our first assignment. We originally wanted to do a story on the Marine Mammal Center in Morro Bay, but couldn’t figure out an angle that would be different from a previous Mustang News article.

But then, journalism senior Natalie Young suggested writing a story about a house in Cambria that her cousins visited: Nitt Witt Ridge. Nobody else in our group had heard of it, but after reading other articles about it online, we decided it would be the perfect multimedia story. 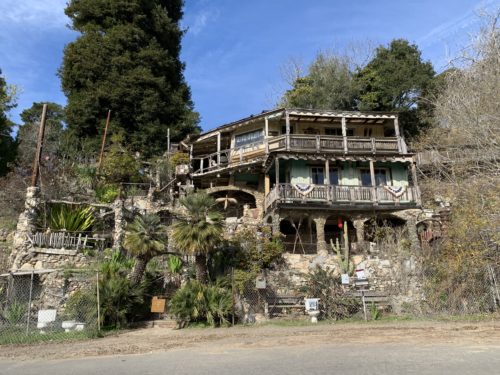 Nitt Witt Ridge is a house made out of recycled materials such as abalone shells and beer cans. The amazing work of architecture, created by Art Beal and sometimes called the “anti-Hearst Castle,” has been toured by thousands of people.

“It’s one of those places that is so specific to the SLO area and you can’t get it anywhere else,” Young said. “The fact that the SLO area is able to have a place like this is really cool.”

We weren’t sure what angle to take for the story. We had several ideas, including sustainability, tourism and neighborhood opinions. After speaking to students and other community members, we determined an overall feature of the house and its history would be best. Most people I talked to didn’t know it existed, so this would be the perfect opportunity to introduce the Cal Poly community to this unique landmark.

Luckily, scheduling an interview with the story’s central source, current owner Mike O’Malley, was very simple. We drove up to Cambria on a sunny Friday morning and had the opportunity to take a tour and learn about its rich history, as well as what it’s like to own such a house.

“When I’m in here by myself, sometimes I feel like a kid standing in my grandpa’s workshop,” O’Malley said. 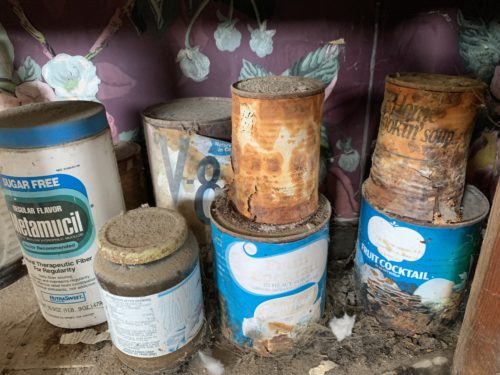 We had a great time exploring the house and seeing the history it holds. The kitchen cabinets were filled with old cans of food and everywhere we looked there was a different sculpture made of recycled materials. There was even a mirror-covered toilet bowl on the roof.

“The house was really quirky and a lot bigger than I expected,” journalism senior Sam Spitz said. “I feel like the owner’s personality matched the house.”

After hearing O’Malley’s stories, we went off to find neighbors who would share their perspectives on living near such an eccentric house. We knocked on a few doors with no success. Eventually, though, we were able to interview two people with different viewpoints — including one who met Beal. 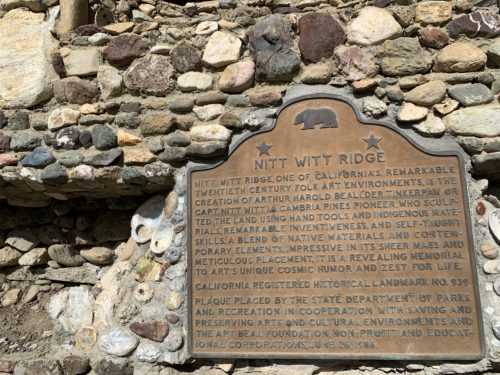 “It’s crazy that the third resident we talked to was not only local, but had met Art Beal himself,” journalism senior Kailey O’Connell said. “It was rumored Beal was a very unique guy, and I never knew that it would be so easy to find someone who had met him personally.”

After our time at Nitt Witt Ridge, members of our group interviewed others who could further add to our story, including a professor who focuses on sustainable tourism and two others who knew Beal. Our group worked hard to produce multimedia elements that would clearly tell the house’s story in an interesting and engaging way.

This project was incredibly fun to learn about and work on. Hopefully Mustang News’ audience will be inspired to visit Nitt Witt Ridge themselves after reading the story!