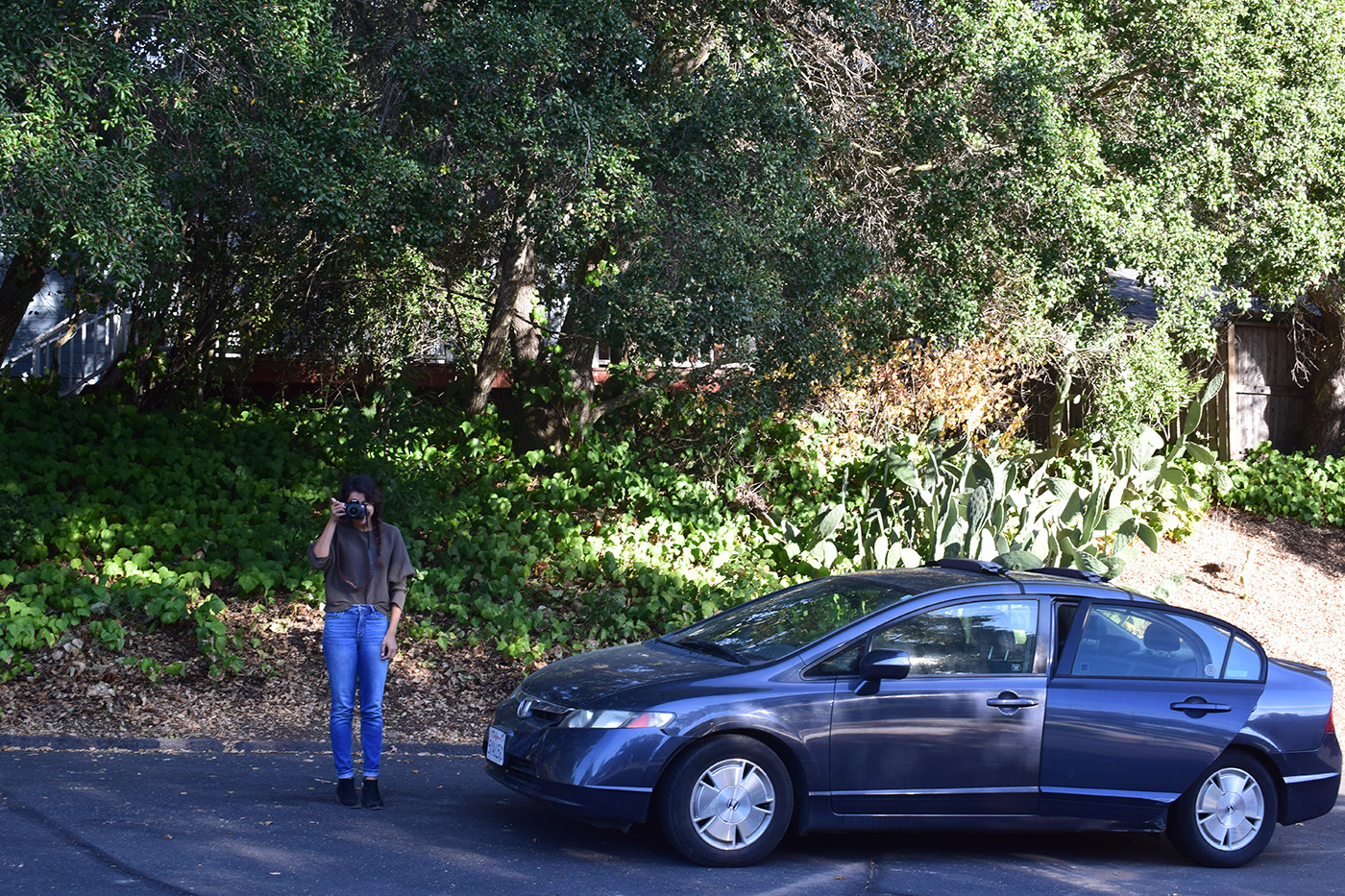 When we first heard of PG&E’s public safety power shutoff, Ashley, Emily and I thought it wasn’t that big of a deal. But as Department of Emergency Management Director Anthony Knight said, “This isn’t your standard power outage where a couple of buildings go down.”

We decided to look into the story and after a brainstorming session — with thinking caps provided by Ashley — we realized this will be the topic of conversation for the rest of fire season. Our brain storming session left us with many questions and angles to chase down.

The first two weeks of the project we focused on Cal Poly and San Luis Obispo. We spoke with administrators and officials who were able to explain what the shutoffs were and the plans the county and university has made. Although this information was extremely important and helpful, it was not the full story.

While we were writing the story, the first widespread shutoff occurred and we were able to learn more about how this can affect every aspect of someone’s life, from health to economics. Because we were given two more weeks to work on the project, we were able to dive deeper into more perspectives and intertwine more human stories.

As we sat down to talk about how to expand our story, we began to realize we were missing a crucial part — people who were affected by the shutoffs already and those who had their lives turned upside down by fires which PG&E has been trying to prevent through outages.

Emily and I traveled to Sonoma to interview people who had lost their homes in the 2017 Northern California fires. My roommate, who is from Sonoma, was able to put us in contact with sources. The week before we went, Sonoma had experienced a power shutoff. After talking to sources, we discovered the shutoff fell on the two year anniversary of the fires.

Although we did not have to include the perspective of fire victims, I am so glad that we did. After the interviews, Emily and I felt rejuvenated and were reminded about why journalism is so important.

“Understanding the impact of not just a PSPS, but the wildfires that cause them, was really important to me,” Emily said. “Talking to the Dawsons motivated me to tell the story of the shutoffs by starting at the root of the problem.”

Emily, Ashley and I worked together to draft the final story. We read through the story, popcorn style, and work shopped the lead about 15 times. Although we switched roles at the two-week mark, most of our work was collaborative. Ashley took photos to include in the parallax. I focused on the social and print distribution and put together an edition that focuses on PG&E and fires. Emily worked on the web content, creating a compelling and emotional video, looping header, parallax scrolls and infographic.

With constantly changing information and ongoing shutoffs, we had to make sure every detail was up to date. And because we had a month to write the story, the article kept getting longer, so we had to make sure we were thinking of ways to keep the audience engaged throughout. In the last week, we took a step back and asked people who were not involved in the writing process what helps them get to the end of long articles. From that, we got the idea to create “jump to” links and polls.

After spending countless hours on the one working computer in the newsroom and reading the story over and over again, we finally hit publish, extremely satisfied with the finished product. This story was extremely difficult and rewarding to piece together and I am glad we took on the challenge.