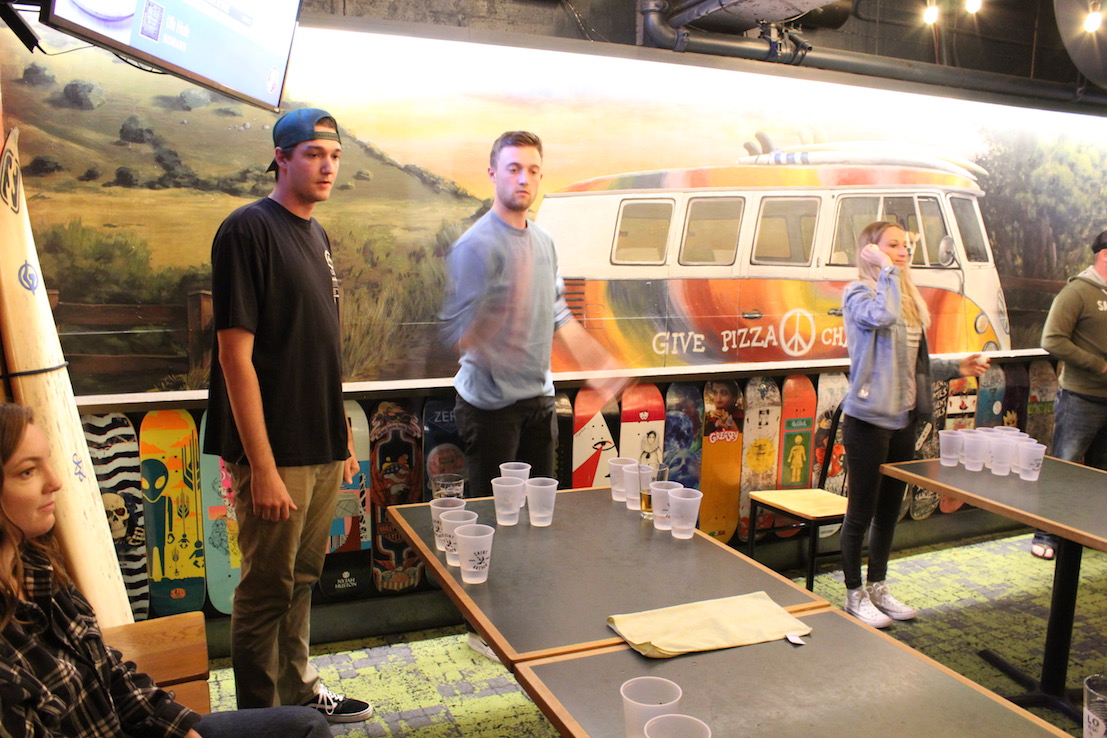 When our group’s initial story idea fell through, we decided to cover Woodstock’s Pizza & Backyard Beer Pong Tournament. The beer pong tournament is a new pint night festivity that none of us had ever heard of before. Team member, Emma Withrow, discovered the event on Facebook on Monday of the second week of our deadline. With the deadline quickly approaching and our previous topic falling apart, we were in a panic. The beer pong tournament seemed like a perfect event to cover. 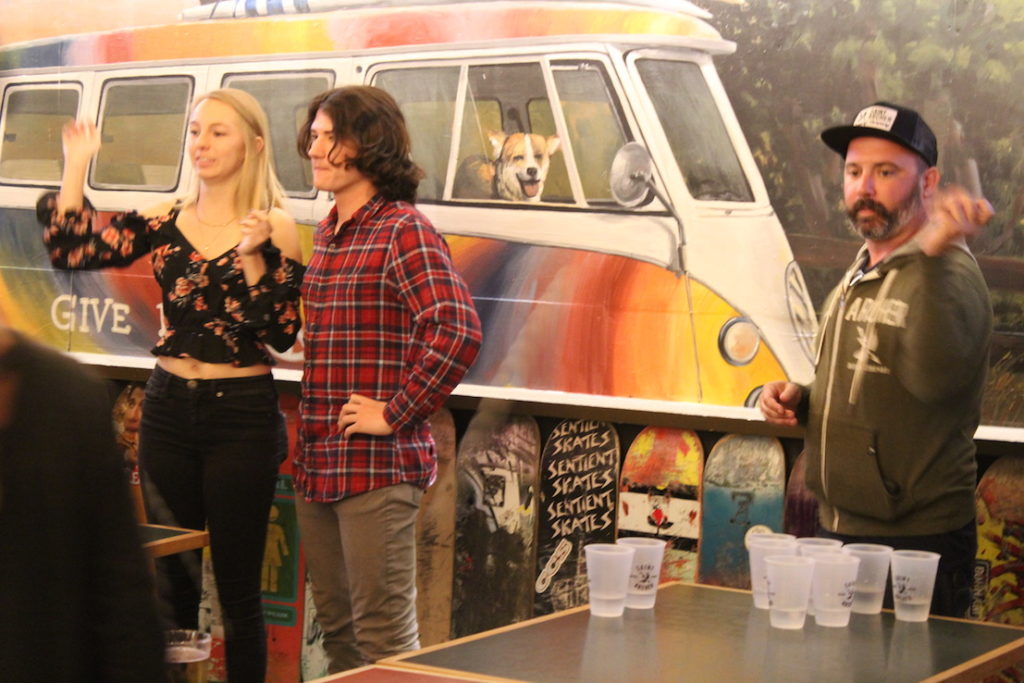 As Withrow said, “This is an event I think we all would’ve liked to attend ourselves. It was so much fun to cover”.

The tournament took place on Tuesday, June 4th at Woodstock’s Pizza & Backyard from 9PM-11Pm. Despite Withrow being sick with the flu, she was able to make it to this event along with Sophia Carnevale and Justine Pelton. Unfortunately, Yasi Arami (the Strategy and Engagement team member), was not able to make it to the event.

“I wish I was able to make it out to see this event. After viewing the multimedia, it looked like it was really fun to shoot and interview people who were having such a fun night with their friends and family”, said Arami.

At the event, the team was able to conduct interviews and obtain strong visuals for the multimedia story. They interviewed two participants Kai Kieslingy and Tyler Dunaven, as well as the MC of the event Bryce Bell.

“The process of this last project was a little stressful for sure. Going to Woodstock’s on a Tuesday night with the flu was not necessarily ideal but we got it done and did our best with the lack of time that we had. Overall I think our team worked really well together the whole quarter and I’m proud of what we accomplished”, said Withrow.

The group moved quickly to get the interview, and pull together the pieces in time for the deadline.

“This was a challenging cycle for us because we didn’t have the strongest story topic right off the bat, like we’ve had in the past. But our team is really flexible and works well together and we pulled something together really well by the end”, said team member Sophia Carnevale.

On our last two stories, the group struggled with locking down a solid idea for a story and securing interviews early. We learned a lot from this, and gained experience with quick turnaround stories. On this story, media and interviews were gathered on the Tuesday before a Friday deadline, and everyone in the group accomplished their piece of the story before the deadline. Team member Justine Pelton reflected on how much she learned from this experience.

“This final project was definitely the most challenging, as we all were definitely feeling stressed about the end of school. Also, we weren’t particularly excited about our story ideas. However, we persevered and pulled it together in time for the end of the quarter. I’m really happy to have worked with my team this quarter, and I’m proud of what we accomplished”, said Pelton.