It all began as Melissa, Haley, Valerie and I sat together in a circle and began to brainstorm ideas. In anticipation of this news story being our last, possibly ever, we wanted to do a story that was fun and cheeky and could engage lots of students rather than narrowing in on a specific group of people or featuring one person. “What’s something that’s being talked about right now?” we asked ourselves. Then it hit us. Daylight savings. One of the most subtly polarizing topics that affects nearly everyone, whether or not they approve.

We had struck gold. It was controversial, everyone had different opinions on the subject, it affects us in more ways than one and there were tons of angles we could take in the reporting process. Our initial thought was to go the UU on campus and ask as many people as we could what their opinion was on daylight savings time. But would that be enough?

Our backgrounder seemed to provide some insight in guiding our story. We were able to see what other news publications were talking about pertaining to daylight savings, if at all. One in particular, a story by the Washington Post, really impacted the newsworthiness of our story by targeting some of the same angles.

In reaching out on social media, I found that a lot of people were interested in the health effects of daylight savings time. Some people even made claims about how it affects us that they had learned in their classes. I relayed this information over to Valerie with the professors that discussed the subject in their classes as potential interview subjects. This seemed to be a big help as we were struggling to find an expert voice to interview for the story.

After the interview with the Professor Bennion, our eyes were opened to a lot of the health effects that accompany daylight savings.

Daylight saving is comparable to jet lag in a way because of how it impacts our circadian rhythms, according to Kelly Bennion, Assistant Professor in the Department of Psychology and Child Development at Cal Poly. “It takes about a week to recover from even just one hour of sleep loss.”

For Valerie, our team writer, this unexpectedly changed her perspective.

“I always thought daylight saving was a bit of a nuisance, but through reporting it was interesting to find out about the series health implications even an hour of less can have,” Valerie said.

Also, with the new change in legislation as Prop 7 passed this past election season, this also very well may be the last time we experience the time change. This was another side to the story we wanted to tackle, despite the fact that our audience seemed to be less interested in this aspect compared to the others.

The next struggle came in figuring how to capture this story through an interactive and visual medium.

Haley, team photographer and member responsible for the story’s interactive components, shared this sentiment with me in discussing the reporting process. 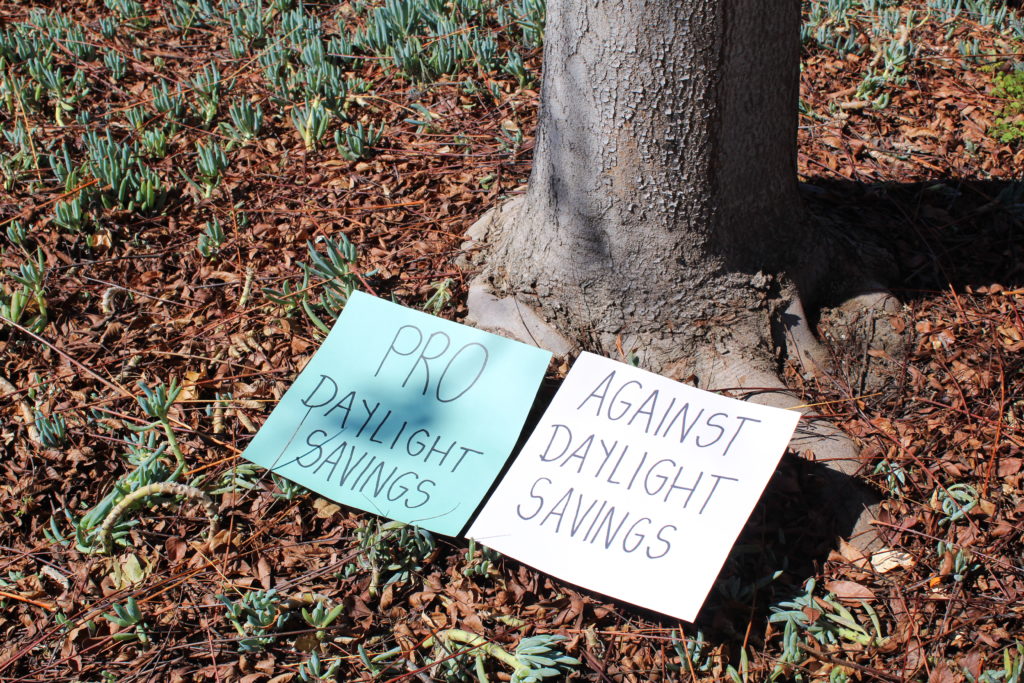 “I found it to be a bit tricky to come up with interesting multimedia components for this story but in the end it all came together. It was fun to learn more about the history of daylight savings, which I had no idea about and I was surprised that the people we interviewed for the most part were already informed,” Haley said.

Melissa, team videographer, shed a little light on why students were choosing to be for or against daylight savings. 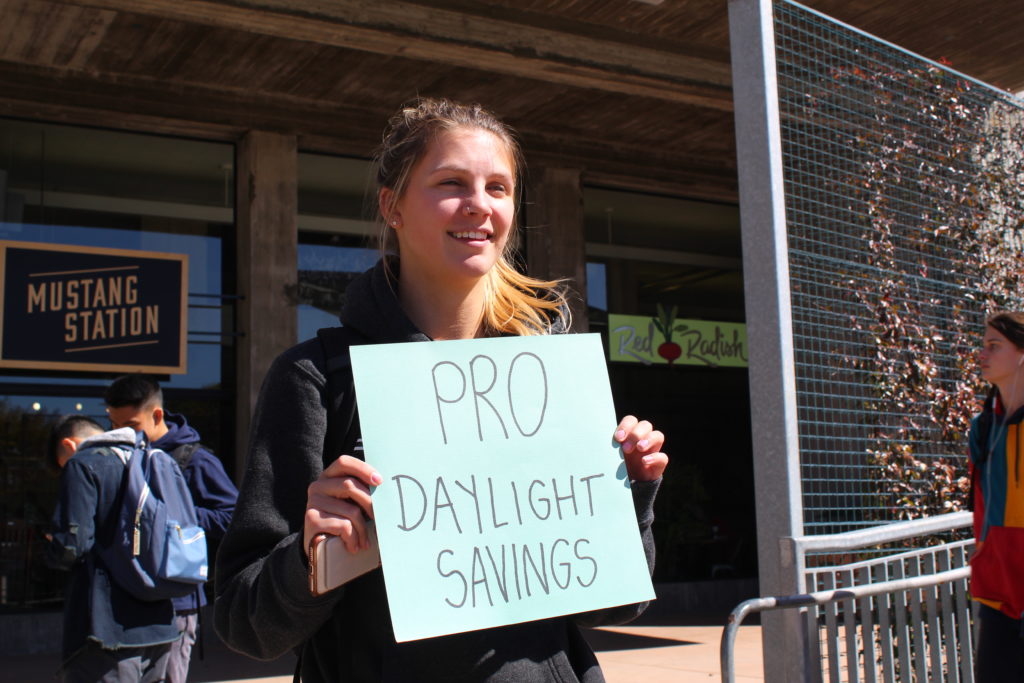 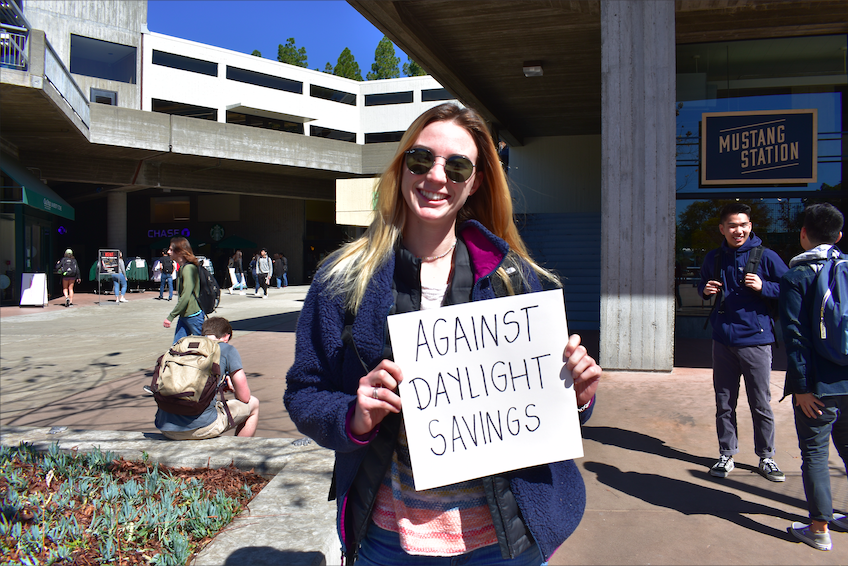 So, whether you’re for or against daylight savings, boy do we have a story for you. Our hard work came together to create an informed and educational story complemented by both professional facts and student opinions, and we couldn’t be more proud.