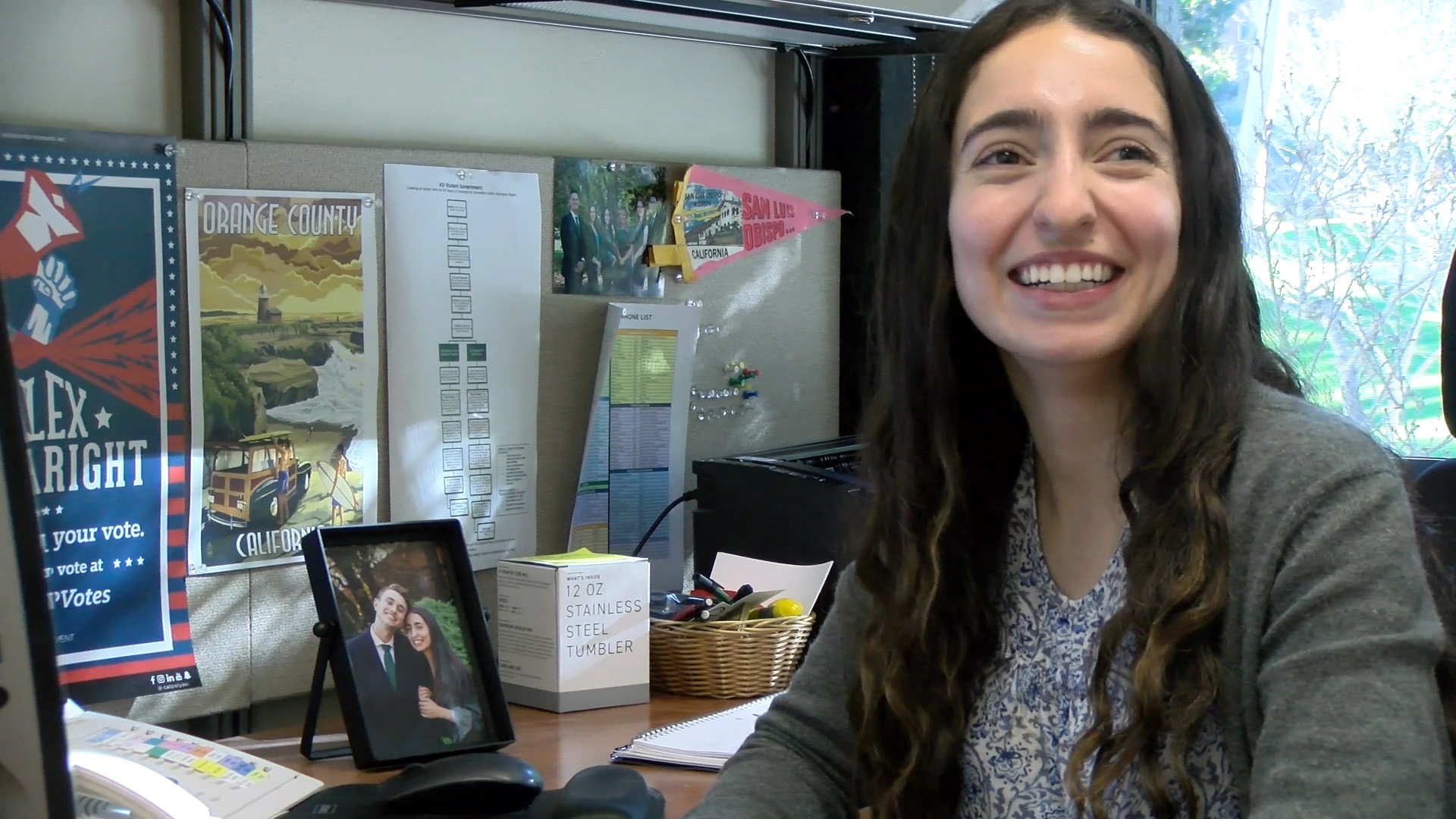 2018 proved itself to be the year of women in politics. With historical wins in the House of Representatives and the Senate, this most recent election has proved that times are changing, and women involvement in politics is rising.

We wanted to incorporate this trend and relate it to Cal Poly as well. With this, we were aware of the fact that the last three student body presidents had been females themselves. Has Cal Poly been ahead of the game this entire time?

Our group initially wanted to write a piece about female involvement in politics, and learn more about whether or not they have felt like they had a disadvantage to their male peers. Since many doors have opened for women in the political realm, we wanted to find out more of the inside perspective that females have in these roles. After some brainstorming, we narrowed it down to Cal Poly government and wanted to tie in the concept with our very own past ASI Presidents.

For this story I was strategy and engagement, and I initially quickly interviewed five individuals about their take on this idea, all different ages and backgrounds. Through this initial interview process, I found common themes of interest in the concepts of the female perspective in politics and discovering what different initiatives past female ASI Presidents used in their campaigns. Not only that, but those that I interviewed wanted to learn more about what the role of the ASI President does.

Our group pinpointed that interviewing Jasmin Fashami, the current ASI President would be a good start. Scheduling time with Jasmin for an interview is when we learned just how much time commitment it takes to be the ASI student body president. With many emails every day and constant meetings, it takes a lot of time and responsibility to be ASI President, as well as hard work and patience. After Jaelin Wilson’s interviews with Jasmin and our group brainstorming sessions, he concluded, “The fluid structure of this course has meant a pretty interesting experience. The freedom of it has been a double edge sword. If anything, it’s taught me to utilize my time as efficiently as possible.

The next source we interviewed was Rose Dunn, the very first female student body president on Cal Poly’s campus. In her interview with Kayla Berenson, she said “I do think women have a unique perspective to add to the conversation.” We want to continue to incorporate the female perspective with politics in our story.

We are doing a two-cycle story, so we will continue interviewing other sources for this piece. The next person we have planned on interviewing is Kristin Hultquist, another previous ASI President.

Overall, this process so far has taught our group a lot. Kayla Berenson said, “This process has really shown me the speed of which things happen in this industry and how to better manage my time. I’ve had to schedule interviews, edit video, and gather b-roll in a much quicker time than I’ve been used to. I’ve really enjoyed the collaboration aspect of it and I’m excited to improve my skills in other areas.”

As for Casi McIntyre, “This process has shown me what it’s like to collaborate as a team on a multimedia project. I’ve witnessed some of the difficulties of scheduling and finding sources, but have also widened my skills of using interactive elements. The process has felt organized and I like working outside of class more.”