We found out that Amazon’s physical presence on campus was just established a few weeks ago at Cal Poly’s Technology Park. The Tech Park houses technology-based businesses, particularly those focused on research and development. Now Amazon’s Digital Transformation Hub has joined the park, it increases collaboration between Cal Poly and this portion of the tech industry. 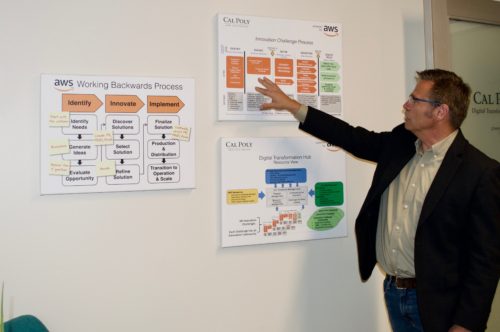 Much like Cal Poly’s Learn by Doing method, we learned that Amazon has its own methodology for creating solutions to existing problems. They work backwards. Program Manager Paul Jurasin explained “first we write the press release, and then we work backwards to figure out how to get there.” By picking the solution they want first, Amazon believes that will motivate progress and ensure that they eventually reach the exact result they want.

“Learning about the digital transformation hub was really eye opening. I didn’t know that human trafficking was an issue in SLO until now,” writer Lauren Goff  said. “The only issue was the DT-Hub hasn’t really done anything yet which was a bummer”

Our difficulty arose when we realized that although the Digital Transformation Hub may have a press release saying it harnessed Amazon Technology and Cloud Services to take steps toward ending human trafficking, because of the working backwards method Amazon uses, they may not have begun to take those steps yet.

“This was the most stressful project out of the three. The reason for that was because of how new the hub is. The program manager mentioned that it was only him and two interns at the moment. The interns were not available so I was stuck with one source,” Isel Longoria said. “Because of that, this was a challenge. I was challenged to be more created and find ways to convey the message through imagery and other ways.” 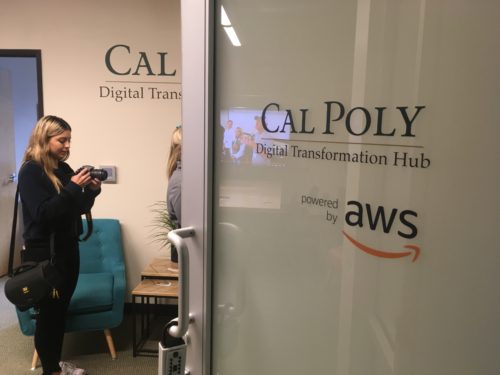 The story quickly became more about the brand-new partnership between Cal Poly and Amazon, and the potential impact it could have as the first educational institution to work with the tech-giant. By marrying Learn by Doing with Amazon’s innovation processes, the DT-Hub hopes to solve non-profit, government and education sector challenges over the course of a 10-week quarter.

“The Digital Transformation Hub has a great foundation and I️ can’t wait to see what incredible things they accomplish,” Jordan Hanna, videographer, said. “I️t was so interesting to learn how the program works and about the partnership with Amazon.” 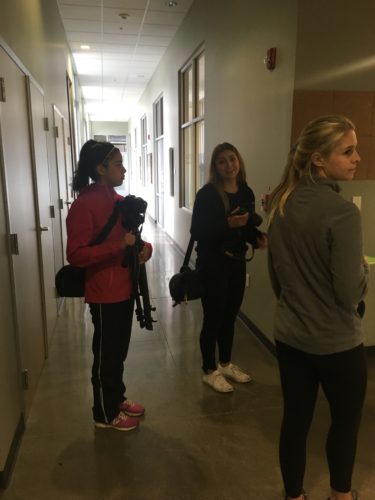 Overall , we all felt like the story we were telling was an interesting and compelling one. “The Amazon partnership isn’t something that’s well-known around campus, so it was cool getting to be part of the team that reported on it first,” Outreach Lead Andi Di Matteo said.

We’re all excited to see what the Digital Transformation Hub tackles next, as well as how it will be covered in the media.